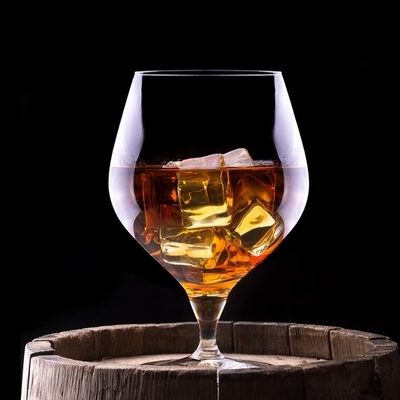 Brandy is an alcoholic beverage that is usually made from grapes and is often referred to as distilled wine. This alcoholic beverage has a deep caramel color that comes from aging this spirit in oak barrels. Brandy can be divided into four different categories based on the region where it’s produced: Cognac, Armagnac, American brandies, and fruit brandies.

The top 10 best-selling brands, according to The Spirits Business are:

The name brandy originates from the Dutch word brandewijn or “burnt wine.” However, the French were already distilling this spirit in 1313, using it as medicine. In France, it was referred to as “the water of life” or l’eau de vie for its amazing healing properties. In the 16th century, a Dutch shipmaster is credited with commercializing this spirit and making it easier to transport overseas. This likely is how the name stuck when it was introduced to Northern Europe.

American grape brandy has been traced back to 18th-century missions in California founded by Spanish missionaries. This spirit grew in popularity and was produced on a large scale until the 19th century brought the Phylloxera crisis. In the 1870s, this crisis affected the entirety of Europe and the Folle Blanc grape variety used for making Cognac. Distilleries would soon experiment with crafting brandy from other fruit such as apples and pears to create new flavors. Today, there are a wide variety of fruits used to make this beloved after-dinner spirit.

This alcoholic beverage can add more depth and flavor to both sweet and savory dishes. You can use this to marinade meats better or create a tasty brine. In particular, it works well with seafood, turkey, chicken, and pork. It can also craft delectable sauces, flavorful soups, and give an exotic taste to veggies. Although when cooking with alcohol, it’s always recommended to follow the recipe step-by-step.

As it is similar to wine, if combined with a healthy diet, it can be consumed in moderation. One shot (1.5 ounces) can have: 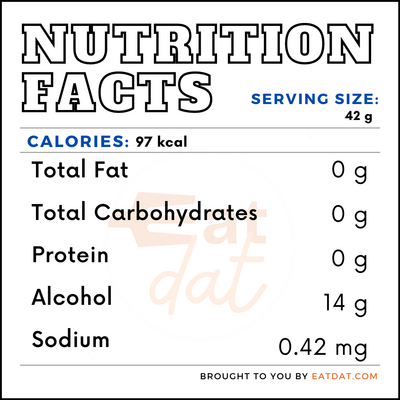 There are no carbohydrates, sugar, fat, protein, or fiber in this alcoholic beverage. Studies have shown that this drink may help treat asthma, heart disease, diabetes, and bone health. Of course, brandy should always be consumed responsibly and never in excess to avoid adverse reactions or negative effects.

The commercial production starts with the fruit, which is most commonly grapes but can include other fruits. Freshly picked fruit that is at its peak of ripeness is crushed and sent to fermenting tanks. This crush fruit is brought down to below 60°F and inoculated with yeast then left to ferment for about 10 days. After the fruit is fermented it’s sent to the stills where it is distilled, separated from water-borne impurities, and the flavors are concentrated. Once the brandy is distilled, it’s stored in oak barrels to age for 2-5 years before it’s bottled, labeled, and sold.

Crafting a delicious nightcap is simple with a bottle of this drink. However, to make sure you are indulging in its best qualities it’s vital to store it properly. Spirits should always be kept in an airtight container away from light and heat. While it doesn’t need to be refrigerated after opening, keeping it cool is ideal for maintaining its flavor. Experts suggest that you should consume this spirit within six months to a year after opening it for optimal taste.

This after-dinner cocktail can also be used to add flavor to food in the kitchen. Here are some popular recipes.

The Food & Drug Administration has been regulating the presence of methyl alcohol in brandy since 1980. While there is not much concern for domestic varieties, the FDA does detain any imported varieties with more than 0.35% methyl alcohol. As with all types of alcohol, the FDA also provides labeling recommendations, but the TTB regulates and inspects all labels. This agreement was established with the Federal Alcohol Administration Act.