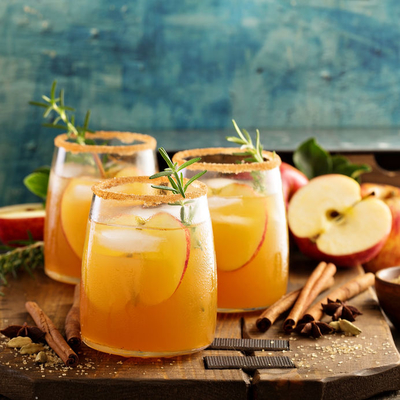 Cider or hard cider is an alcoholic beverage made from fermenting apple juice. While apple is the most common fruit used for making this drink, some brewers use pears, berries, or other fruits.

According to Wheatless Wanderlust, the top 9 best brands in the US are:

There is proof that Celts in Britain were brewing this drink from crab apples as far back as 3000 BC. However, it was the Roman invasion that brought apples to England and led to the development of this beverage. Julius Caesar wrote of a fermented apple drink made in the South of England when trying to invade in 55 BC. The Romans soon adopted and adapted this drink which slowly led to its spread across Europe.

By the 9th century, cider-making was common in the entirety of Europe. As travel to the Americas became more common, this alcoholic beverage made its way there, too. Apple cultivation in the 17th century led to cider becoming the most popular beverage in colonial America. In the 19th century, this drink’s popularity began to decline which was made worse by the Temperance movement. The tradition of cider-making was kept alive by a few farmers, but has regained popularity in recent years.

The flavors and bright notes in this drink make ideal for adding flavor to dishes in the kitchen. It works well in brines or marinades for meats and vegetables. You can also use it to whip up a fresh salad dressing such as a vinaigrette. Not to mention that you can replace wine with this beverage in dishes like risotto.

Since this alcoholic beverage is crafted from apples, you would expect it to contain many of the same nutrients. It is rich in antioxidants, contains some minerals, and is a minor source of Vitamin C. The presence of antioxidants in this beverage can even help reduce the risk of heart disease and cancer. While it may be low in sodium, this drink is high in sugar. As is true with all alcoholic beverages, this too should be consumed responsibly and in moderation.

Brewing begins with picking the right apples, which are known as cider apples. These apples have a dry taste, unlike apples that are for eating or cooking. Once picked, these apples are cleaned then ground down into a pulp called pomace that’s then pressed. Pressing the pomace allows brewers to extract as much liquid as possible for this alcoholic beverage.

The apple juice is then brought to a temperature of 40°F to 60°F to begin the fermentation process. After that, yeast is added and the mixture is transferred to a new container for “racking”. Racking allows brewers to craft a clear and flavorful drink that is uncontaminated by old yeast and can be repeated several times. When the brewer is happy with the flavor of this drink, it’s then bottled, pasteurized, capped, and labeled.

This crisp and fruity beverage is a refreshing drink for those who prefer flavorful alcoholic beverages. It can be enjoyed to the fullest when it’s properly stored. This alcoholic beverage should always be kept in full airtight containers to avoid spoilage. Keep this beverage in a cool, dark place within the range of 50°F to 68°F.

The kind will dictate the temperature you should serve it at. This alcoholic drink is often more aromatic when warm. Brews that are tannin heavy should be served at higher temperatures to fully appreciate their flavors. If you’re not sure where it lies, a safe temperature is 50°F.

The nutritional value for one cup (240mL): 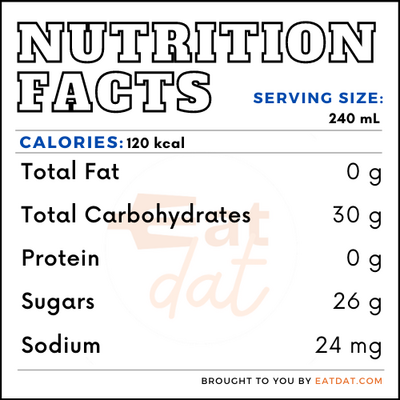 This tangy alcoholic beverage isn’t just for drinking. Here are some popular recipes.

The Food & Drug Administration regulates cider and diluted wines that have less than 7% alcohol. These beverages must also comply with the labeling and packaging requirements established by the Federal Alcohol Administration Act. If it contains more than 7% alcohol, it must have a Certificate of Label Approval from the Alcohol and Tobacco, Tax, and Trade Bureau.