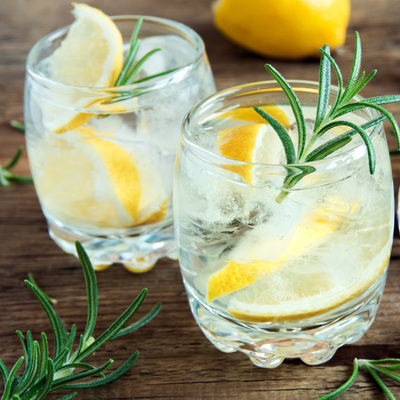 Gin is a distilled alcoholic drink that is flavored with juniper berries or other plant derivatives. It is made from fermented grain for its alcoholic base. Though juniper is the strongest flavor in gin, it can also contain other flavors.

There are many different types such as:

The consumption in the US over the years has been gradually decreasing. However, Americans still consume close to 10 million liters every year. There are a large number of brands that are popular, including:

This drink was originally considered a medicinal liquor, and hence the inclusion of juniper berries in alcohol. It was used to treat gout and indigestion. Gin is a Dutch drink, and gets its name from genever, the Dutch name for juniper. The earliest references can be found in a 13th century manuscript from Flanders. This had become popular by the 1600s in Flanders. It is also credited with the expression ‘Dutch courage’ because of British soldiers getting drunk to be able to fight during the Thirty Years War. This beverage became popular in the UK when William of Orange invaded Great Britain in 1688. In the immediate aftermath, consumption exploded in the UK and the period is known as the ‘gin craze’. It soon made its way around the world, including America, through British colonization. This remained America’s favorite drink throughout the 1900s until the 1960s.

All drinks are produced commercial and subject to strict regulations. This is produced in a two-stage process: first, a base neutral spirit is made from grain mash, and then it is flavored with juniper berries and other botanicals through re-distillation. There are two methods that can be used for the re-distillation. One is the steep and boil method, the traditional and most common one, where the botanicals are steeped in the neutral spirit for up to 48 hours. The other method is the vapor method, where the botanicals are placed in a still and only encounter the spirit vapor.

This alcoholic beverage is used in different cocktails, though increasingly is being replaced by vodka. However, some traditionalists still enjoy gin-based cocktails. Here are a few popular drinks:

This drink does not completely fall under FDA regulations in the US unless they are artisanal products. Instead, liquors such as gin have to comply with the TTB (Alcohol and Tobacco Tax and Trade Bureau) requirements.

The TTB classifies this as a product obtained by original distillation from mash, or by re-distillation of the distilled spirits, with juniper berries and other aromatics. It must be bottled at 80⁰ proof. Different types are covered under this description.