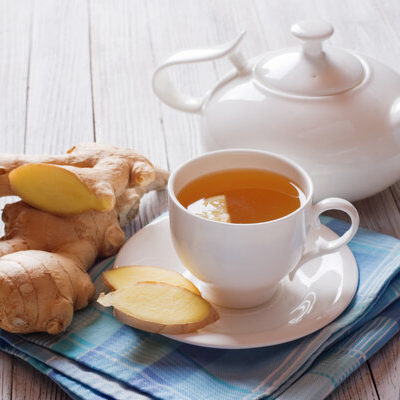 What is Ginger Tea?

Ginger tea is a hot beverage made from brewing ginger root (Zingiber officinale) or processed ginger root crystals. When brewed, this fragrant tea gives off warm, rich, and even spicy flavors.

Nearly half of all ginger in the world comes from India’s Malabar Coast with American imports of this root totaling $10.7 million in 2016.

The top 10 brands in the US, according to Food Shark Marfa are:

Ginger is believed to be native to Asia, specifically India and China, where it’s been cultivated and consumed since ancient times. This spicy root was used for thousands of years in the region to treat ailments ranging from colds to hypertension. Later on, ginger made its way to the Mediterranean by 100 CE, slowly growing in popularity and traveling to nearby countries. By the 11th century, ginger was well-known in England, although it was the Spaniards who would transport it to the New World.

From the 16th century onward, ginger would also spread to East Africa, the Caribbean, and other parts of the globe. The production of this root would also expand to tropical countries like Brazil and Jamaica. In recent years, ginger and ginger tea have once again become very popular for use in herbal remedies and alternative medicine. This tea, in particular, has earned a reputation as a healing tea that can soothe stomach pain and provide serious health benefits.

It provides plenty of antioxidants, similar to ginger root. Additionally, this warm beverage is low-fat, low in sodium, and very low in calories. An 8 fl oz cup can have: 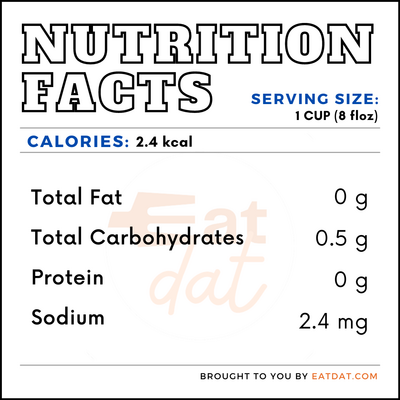 Medical studies have shown that ginger has anti-inflammatory, antibacterial, and antiviral properties. This powerful root is also known to help with nausea, upset stomach, pain relief, flu symptoms, inflammation, heart health, as well as reducing the risk of cancer.

The commercial production of this tea begins with the raw ingredient ginger. First, the ginger is placed into a machine that repeatedly blasts water on the root to remove any dirt or sediment. Next, the freshly washed ginger roots are placed in a juice extractor and the juice is filtered to remove any pulp. The remaining ginger pulp is stored to make other products. Finally, the ginger juice is crystallized which evaporates all the liquid and leaves behind ginger crystals that are used to make tea.

It is known for its strong flavor and soothing effects. However, to enjoy this tea to the maximum, you should ensure that it’s properly stored. When storing the fresh ginger root, you should place any whole or uncut pieces in an airtight container in the refrigerator. In this way, the root can last up to 8 weeks. If you’ve already brewed the ginger tea and want to store that, the best way is to do so is with a mason jar or glass jug.

This tea can be adjusted to suit a variety of palates. Here are some popular recipes: