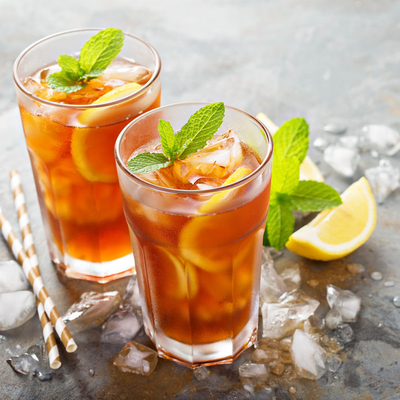 What is Iced Tea?

Iced tea is similar to hot tea and can be made using two methods: cold and hot brewing. This drink is consumed after it’s been chilled or cooled, and can be served with ice cubes. It’s common to sweeten this beverage with syrup, sugar, or fruit.

According to the Huffington Post, the top 10 most popular brands of iced tea are:

Tea has been around for over 5,000 years, but iced tea has only been enjoyed for a few centuries. The tea crop was brought over from Europe and was already being cultivated in the Americas by the 1700s, mostly in South Carolina. Both hot and cold recipes for this drink soon began to appear in British and American cookbooks. A precursor to this called tea punch, an alcoholic drink diluted with tea, was particularly popular in the early 1700s. As the popularity of this drink soared, it gave birth to the market for making and selling ice.

The first written recipe for this appeared in The Buckeye Cookbook in 1876 and included no alcohol. Early recipes recommended sweetener, lemon, and, of course, ice. In 1904, Richard Blechynden (Director of the East Indian Pavilion) was credited with bringing this beverage to the masses at the World’s Fair in St. Louis. The Prohibition Era between the 1920s-1930s would only make it even more popular as an alternative to alcohol. To this day, this remains a beloved drink in the United States, but is particularly popular in the south.

Sweetened beverages such as this do not bring much nutritional value to the table. Although there is a minimal presence of potassium, this drink is mostly carbohydrates. One cup of this tea has: 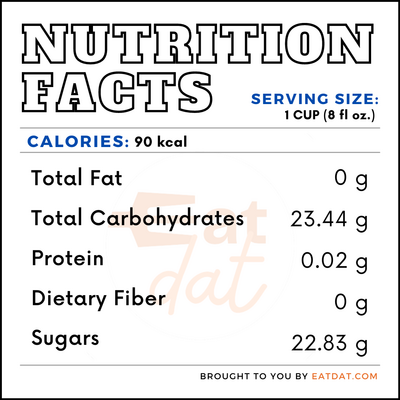 Drinking tea does have some health benefits such as improved heart health and reduction in the development of type 2 diabetes. To enjoy these health benefits, it’s best to minimize the amount of sweetener in this beverage.

While the commercial production of tea differs depending on the recipe, hot brewing productions follow this basic procedure. First, tea is measured out, then carefully lined inside of  brewing baskets. The baskets are placed in hot water and the tea is left to brew at 195°F. Teamakers may need to adjust time or temperatures to get the best full-bodied flavor. Once the tea is brewed, it’s filtered, cooled, sweetened if necessary, and bottled.

This cold beverage is one of those simple pleasures that can elevate a summer afternoon. To enjoy this drink’s flavor to the fullest, you should take care to store it properly in an airtight container. For hot brewed tea, the Centers for Disease Control and Prevention (CDC) recommend only storing this beverage for up to 8 hours in the refrigerator. Hot brewed tea is more susceptible to bacteria, whereas cold-brewed tea is not. As cold brew tea doesn’t develop bacteria as quickly, you can safely store it for several days.

This drink is a cool and herbal refreshment enjoyed by many. Here are some popular recipes:

The Food & Drug Administration considers iced tea and other beverages conventional foods due to their packaging and serving sizes. Therefore, according to the FDA, these products cannot be marketed as dietary supplements. Doing so would violate labeling regulations set out by the Federal Food, Drug, and Cosmetic Act.