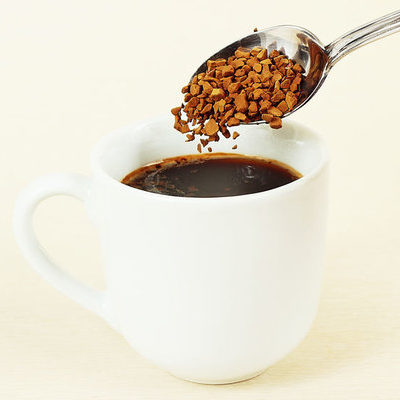 What is Instant Coffee?

Instant coffee is a beverage produced from roasting, grinding, and brewing coffee beans. It is also known as soluble coffee or coffee powder.

The top ten brands in the US, according to Caffeine Informer are:

Instant coffee was first made in Britain in 1771 and the British government even granted a patent for it. Much later, in 1851, the first American instant coffee was made. David Strang of New Zealand patented his version of this coffee in 1890. Satori Kat, a Japanese-American chemist, invented the first stable instant coffee in 1901 and later in 1903, the method was patented. The instant form of this beverage became famous in WWI for its ease of use. The US military distributed it to soldiers, making it a ubiquitous drink.

In 1937, Max Morgenthaler, a Nestle scientist, created another way of making coffee powder and named it Nescafe. Nescafe coffee would also become well-known in World War II. In the 1960s, a higher quality of coffee entered the scene. In 1986, Nestle introduced coffee powder that had no caffeine. Today, people still drink coffee as much as ever, as it has a way of keeping individuals active throughout their daily activities. In 2020, coffee has generated a revenue of $67.663 million in the United States.

In 1g of instant coffee, there is: 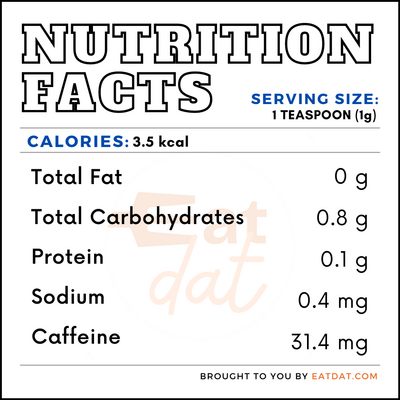 According to health studies, this drink may provide these health benefits:

In 1991, WHO classified coffee as a substance capable of causing cancer, although recent studies in 2016 dispelled this claim. Coffee powder does not increase your risk of developing cancer. In fact, it can minimize the risks of certain types of cancer. Different people have varying tolerance levels for the caffeine in coffee. Small to medium amounts of caffeine can make you bright and energetic, whereas high amounts can lead to restlessness and sleeplessness.

The following steps summarize the freeze-drying process of making coffee:

Spray drying is a less common way of making instant coffee. This is because spray drying results in loss of aroma and low-quality coffee.

Making the perfect coffee is very straightforward. Simply boil water. Then, add the powder to the hot water. Finally, add milk and sugar according to your taste.

Bear in mind that coffee can get stale over time. It also absorbs aromas and moisture. The best place to store this is in an opaque, airtight, properly sealed container. This method keeps moisture and light from affecting the coffee.

This coffee can be adjusted to suit many tastes. Here are a few recipes you can try out:

The Food and Drug Administration has regulations that guide the importation, processing, and preparation of coffee. These guidelines state how coffee beans should be handled to prevent low quality yield and disease infestation. The FDA also has regulations concerning the volume of additives that can be added to decaffeinated ground coffee and soluble coffee extract.

Office of the Commissioner. “Caffeine and Kids: FDA Takes a Closer Look.” US Food and Drug Administration, FDA, 5 Mar. 2013, www.fda.gov/consumers/consumer-updates/caffeine-and-kids-fda-takes-closer-look