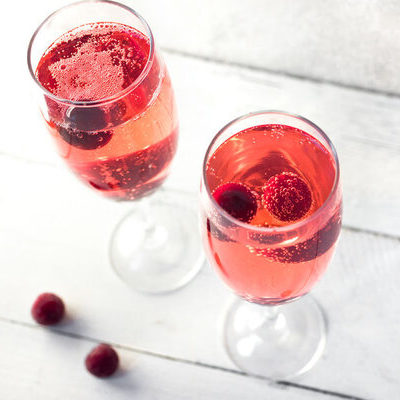 Kir is a cocktail of French origin prepared by mixing crème de cassis (or blackcurrant liqueur) with white wine. The blackcurrant liqueur is made with softened blackcurrants and gives a strong tarty and sweet flavor to the cocktail. The sweetness of the liqueur and the acidity of the white wine blend wonderfully to craft a delicious mixed drink.

Other popular variations of this cocktail include:

This cocktail originated in the Burgundy region of France. There are varying stories about this drink’s origins. It is named after Félix Kir, who was a priest in Dijon in the 20th century. Legend has it that he was a hero of the French Resistance during WWII, and also later became the mayor of Dijon. He is credited with first making this cocktail, which was originally made with Aligoté wine. It was later adapted to local variations from other regions. Other stories claim that the beverage was created in response to the unavailability of red wine during WWII. 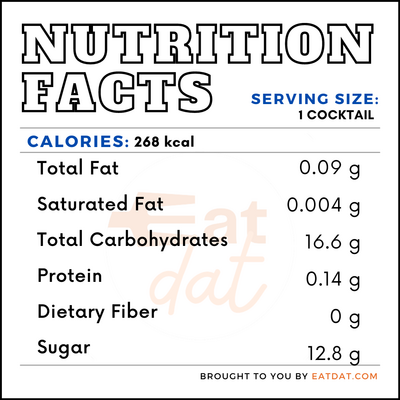 The blackcurrant liqueur provides decent amounts of magnesium and potassium as well as copper, iron, and phosphorus in small quantities. While there are some potential health benefits, this drink should be consumed responsibly. Overconsumption of alcoholic beverages can lead to health problems, including liver cirrhosis, pancreatitis, high blood pressure, stroke, and different types of cancers.

This beverage is a popular cocktail in many places. It is prepared in the ratio of 1:2 of crème de cassis and white wine. This makes the kir sweet, although some recommend a higher ratio of 1:6. Also, the wine must be chilled beforehand. To prepare the cocktail, half of the wine is poured into the glass, then the liqueur is poured in, and it is then topped with the rest of the wine. This cocktail is traditionally served in either a flute or wine glass. The approximate alcohol by volume comes to around 12 percent.

This is a versatile cocktail, which can be adapted into different variations. Here are a few recipes:

All alcohol related products are regulated by the Alcohol and Tobacco Tax and Trade Bureau (TTB) in the US. Blackcurrant liqueur is not specifically mentioned in the Class and Type Designation of the TTB, however any liqueur is defined as containing more than 2.5% of sugar and is made by mixing spirits with fruits, plants, flowers, or juices. Wine is defined as alcohol produced by fermentation of grapes and white wine is identified by color. Some wines must also be defined in geographical terms.

Rehm, Jürgen. “The risks associated with alcohol use and alcoholism.” Alcohol research & health : the journal of the National Institute on Alcohol Abuse and Alcoholism vol. 34,2 (2011): 135-43.
https://www.ncbi.nlm.nih.gov/pmc/articles/PMC3307043/