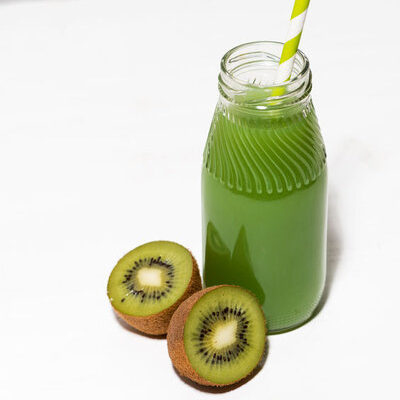 What is Kiwi Juice?

Kiwi juice is the liquid extract from the kiwi fruit of the Actinidia genus, which is native to China.

Some popular ways to consume this fruit are as fruit juice, in smoothies, salads, jams, sauces, and baked goods. Worldwide production of kiwis has grown exponentially in recent years, reaching 4.04 million metric tons in 2017.

Some of the most common cultivars of the kiwi fruit include:

The kiwi is native to China’s Yangtze River valley, where it grew for centuries and was known as the Chinese gooseberry. In 1904, seeds from this fruit were given to a farmer in New Zealand, where this fruit would eventually become famous. Later on, Chinese gooseberries became rebranded as “kiwifruits” in 1959. By the 1970s, worldwide demand for this fruit was climbing and while China dealt with its Cultural Revolution, New Zealand capitalized on kiwifruit trade.

The 1980s would bring in a new species of kiwis, leading the extended production of it in the US, Italy, and, of course, China. Juicing would also become a popular trend in the US by the 1990s and soon converted itself into a worldwide industry. During the early 2000s, the health food craze led to the rise of diets and special exercise routines, which made juicing even more popular. Today, kiwis and juice are consumed across the globe. 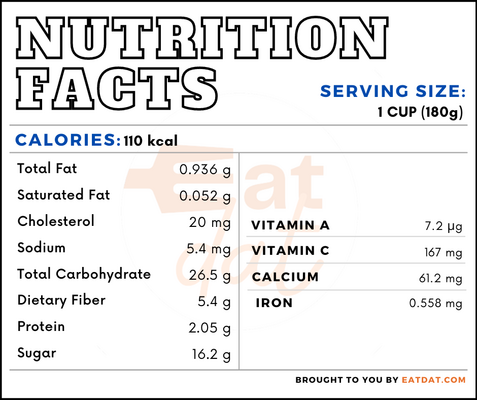 Kiwis, and therefore kiwi juice, are known to provide plenty of nutrients. This fruit contains vitamins C, K, and E, as well as folate and potassium. Regular consumption of kiwis has also been proven to aid digestion. Some other health benefits of kiwis can include helping to treat asthma, boosting the immune system, improved heart health, healthy blood pressure, and protection against vision loss. However, this fruit may not be suitable for everyone, as some individuals may be allergic to kiwis. Symptoms of a kiwi allergy include an itchy throat, swollen tongue, difficulty swallowing, vomiting, and even hives.

The commercial production of fruit juices begin with sorting and washing the fruits. Next, the kiwi is crushed into a pulp and its skin is separated from the flesh. Then, the pulpy flesh that is squeezed to extract its juices. Extraction is done with industrial machines for optimal results. Next, the kiwi juice can be pasteurized or remain unpasteurized before it’s bottled, capped, labeled, and stored until sold.

Storing kiwis properly will ensure that your kiwi juice is fresh and flavorful. If you plan to use the kiwis within the next few days, you can store them in the refrigerator. Should you want to keep them longer, you can also store this fruit in the freezer for up to six months. Kiwi fruit juice will taste best when freshly made, however you can store it in an airtight container in the fridge. This juice should be consumed within 24 – 72 hours after juicing, as oxidation will render it undrinkable after that.

This fruit juice can bring a tropical flavor to any juice blend. Here are some popular recipes:

The Food & Drug Administration heavily regulates fresh fruits and how they should be cultivated, prepared, and packaged. The FDA considers kiwis one of the top 20 most commonly consumed raw fruits. Furthermore, the FDA regulates the production of juice, which it defines as the “aqueous liquid expressed or extracted from one or more fruits or vegetables, purees of the edible portions of one or more fruits or vegetables”. The FDA stipulates that products that include kiwi juice on their label must contain a concentration of at least 15.4% kiwi juice.

Lui, Kevin. “How the Chinese Gooseberry Got Rebranded as the Kiwifruit.” Time, Time, 9 Feb. 2017, time.com/4662293/kiwifruit-chinese-gooseberry-new-zealand-history-fruit/.