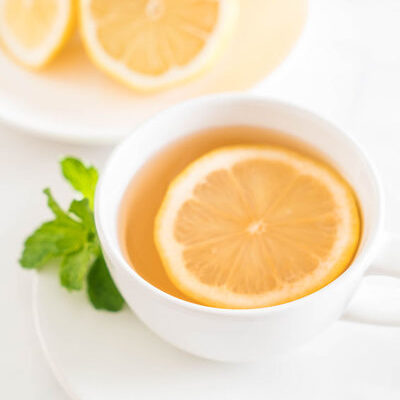 What is Lemon Tea?

Lemon tea is a mixture of lemon juice with black or green tea. The lemon juice gives it a distinct flavor that is different from regular tea.

The top five most popular green tea brands, according to Tam & Tea are:

When lemon juice is added to tea, it changes color. This effect is known as a bathochromic shift. In 2018, worldwide tea production reached 5.8 million metric tons.

It is challenging to trace the exact origin of this tea, although records say that the tea plant has its roots in areas around Northern India, Tibet, and southwest China. Based on a Chinese legend, tea originated in 2737 BCE when the Chinese emperor, Shen Nong, discovered it by mistake. He was boiling water in his garden when a leaf from a wild tea tree above fell into the pot. The emperor enjoyed the resulting liquid and decided to conduct further research on the benefits of tea.

The consumption of tea became popular in the period of the Tang dynasty and during this classic age of tea, China recognized it as its national drink. Also, a Buddhist monk named Lu Yu described various types of tea, their properties, and their benefits. Saichō, a Japanese Buddhist monk, introduced tea to Japan in the early 9th century, when he brought back seeds from China to plant in his monastery. Other monks also started growing tea plants in their monasteries. However, tea only grew popular in Japan during the 13th century as the emerging tea plantations were isolated.

At that time, the standard way to prepare tea was to grind tea leaves into a powder form using a stone mill. During the Ming dynasty, people began to prepare tea by steeping the leaves inside hot water. A popular method to stop the oxidation in tea leaves was to dry, heat, and roll them. In the 17th century, a Chinese monk took these rolled tea leaves to Japan. In the 1800s, Soen Nagatani, a tea merchant, came up with the modern Japanese technique of steaming, drying, and rolling green tea leaves. Tea consumption became popular in America during the 19th century with lemon tea being one of the variants of this beverage.

This tea has numerous health benefits. Here are some of them:

However, this has its side effects. Here are some of them:

Basic tea with lemon is simple to make at home. All you need is tea leaves, lemon juice, and water.

You can spice up lemon according to your taste. Here are some creative tea recipes for you:

The Food and Drug Administration categorizes lemon as a raw agricultural product and is responsible for every aspect of its growing, harvesting, and packing. The FDA also describes the recommended amount of tea consumed per eating occasion for individuals above four years old. This reference amount serves as a basis for determining the serving size of tea products.