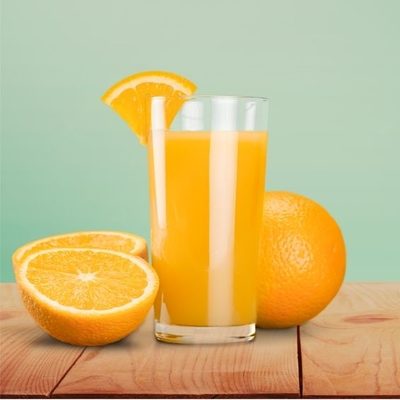 What is orange juice?

Orange juice is a liquid extracted from oranges. Sometimes, sugar and water are added to it. the juice may be made from different types of oranges including:

Oranges are inherent to China and Southeast Asia and have been around since 2000 BC. Around 500 BC, they made their way to the Middle East through Arab traders. A few hundred years after that, oranges were transported to Africa and from there, they came to Europe, and then the Americas. By 1800s, oranges were found everywhere worldwide.

It was in 1890 that this first became popular since it became a remedy for preventing scurvy. It was still considered a seasonal delicacy until the 1920s when the orange groves in Florida, USA began producing large quantities of the fruit due to industrialization. This led to the canned juice industry, which increased consumption. In the aftermath of World War II, frozen concentrated juice was invented in order to help soldiers, though it only hit the markets in 1948. It had suddenly become affordable and convenient. This American trend soon spread to the world.

Since oranges cannot be kept fresh for long, commercial orange juice is never ‘fresh’. There are different ways in which this is manufactured today.

The juice is pasteurized and filtered for impurities and then is heated at high temperature in a vacuum to be evaporated to create a concentrate. This is then stored at -12⁰C. The process destroys all the nutrition, so vitamin C and flavorings are then added back.

In this one, the juice is merely pasteurized without creating a concentrate. However, for storage purposes, the oxygen is removed from it, which leads to a distinct reduction in flavor. Hence, flavorings are added before distribution.

Canned juice undergoes a flash pasteurization process. It retains both nutrients and flavour much better than the other options.

Fresh orange juice is also available in the market. These tend to be more nutritious and come without additives or processing. However, their shelf life is quite low.

This juice is high in vitamin C, potassium, folate, magnesium, iron, etc. Regular intake can help with strengthening the immune system, keeping blood pressure in check, and keeping the bones strong. Fresh juice is more nutritious and has more vitamin C than processed juice. It is also a wonderful drink for pregnant women because it promotes fetal growth.

It’s not always what it appears to be

However, over consumption of this, even fresh, has its downside. Despite the fruit being full of fiber, once squeezed the juice is left with practically none. This also contains a lot of sugar, which can lead to obesity. Diabetics should also avoid it because of its high sugar content. Commercial juice has even more calories and less nutritional value.

In addition, some people also suffer from citrus allergy, which makes orange juice bad for them.

The FDA strictly regulates pasteurised fruit juice, including labeling and content. There are specific requirements for the labeling of canned juice as such. The regulations apply to a variety of juice related foods as well.