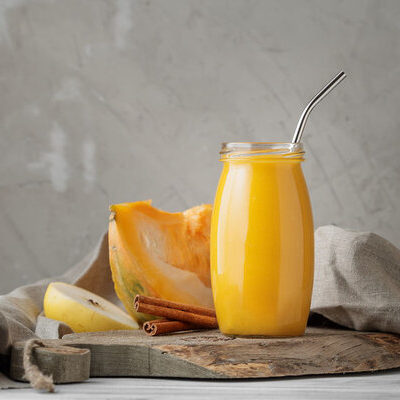 What is Pumpkin Juice?

Pumpkin juice is the juice extracted from raw pumpkins. Pumpkin juice may be consumed as a beverage, but it is also used to make soups, stews, desserts, and marinades. Pumpkin juice has a nutty and fruity flavor and can be sweet.

Some common uses of pumpkin include:

Pumpkins most likely originated in Mexico. There have been archaeological discoveries of pumpkin seeds in the city of Oaxaca. These pumpkins date back 7,500 years and were small, hard, and bitter. Pumpkins were the first crops ever grown in North America. Pumpkin juice became hugely popular with the success of the Harry Potter books, in which it was a popular beverage among the students at Hogwarts.

The nutritional value for 180 mL of pumpkin juice: 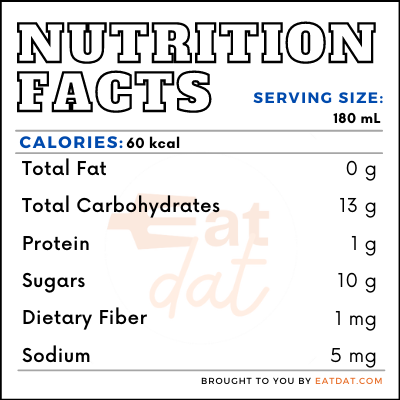 Pumpkin is a good source of carotene, pectin, as well as other vitamins and minerals. Pumpkins are rich in vitamins A, C, and E, as well as lycopene and dietary fiber. The bioactive compounds, including carotenoids, tocopherols, and sterols, available in pumpkins can protect against hypertension, diabetes, cancer, and heart disease. Consuming pumpkin also helps with digestive problems and acts as an anti-inflammatory agent.

Pumpkin juice is made from raw, sweet pumpkins. Sometimes, it is mixed with other juices to improve its taste and attract customers. Usually, these include apple cider or apple juice.

To prepare this vegetable juice, first, the hard cover is peeled off and the seeds are removed. The pumpkin is then either blended into a puree or its juice is extracted. The former would give more pulp to the juice. After that, sugar and other seasonings are added. Finally, the mixture is pasteurized and bottled.

Though this juice is not everyone’s favorite, it has its culinary benefits and can be used to enhance different dishes. Here are a few recipes using pumpkin juice:

The FDA defines vegetable juice as juice prepared either by expressing the juice from mature varieties of fresh, edible vegetables, or by the water infusion of the dried vegetable. Pumpkins are also defined as an agricultural product which is rarely consumed raw. The USDA sets standards and grades for canned pumpkin puree and juice. Canned pumpkin is defined as the canned product prepared from clean, sound, properly matured, golden fleshed, firm shelled, sweet varieties of either pumpkins or squashes by washing, stemming, cutting, steaming, and reducing to a pulp. The product must also be heat-treated for preservation.

Samantha Hunter, A Guide to All the Different Types of Pumpkins, Martha Stewart, https://www.marthastewart.com/2124321/pumpkin-varieties