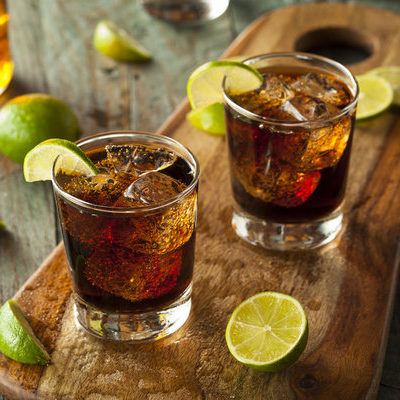 Rum is a liquor made from distilling sugarcane juice or molasses. Once distilled, this spirit is usually aged in oak barrels to give it its distinctive flavor and color. Varieties of this liquor include:

This spirit is largely produced in Latin American and the Caribbean, although the largest consumers are in India and the Philippines. In the United States, 24.13 million 9 liter cases were consumed in the year 2019.

The top 10 brands you can sip, according to Town and Country Magazine are:

Sugar cane has been harvested and fermented in India as far back at 350 BC. At the time, this fermented drink was used medicinally to help treat maladies. Later on in the 1400s, when trade routes expanded the sugarcane crop made its way to other parts of the globe. Portuguese colonizers took control of Madeira and used slave labor to become the world’s biggest export of sugar by 1500.

Historians suggest that a British distiller named Thomas Ruck was the man to refine this drink into rum around 1648. Shortly after, the first written record of this spirit appeared in 1650 in Barbados. This spirit was so popular that it was even used to pay wages and given as rations to British sailors. By the 17th century, Caribbean rum dominated the market, a trend that would continue for centuries to come.

While this spirit is known for crafting sweet and spicy drinks, it also adds complexity to a variety of dishes. You can use it to add more depth to cakes or craft a delicious Bananas Foster for Mardi Gras. White rum is also commonly used to cook seafood or poultry. When aged, this spirit can make a robust paste to marinate chicken or pork.

As with many other types of spirits, this alcohol should always be consumed responsibly and in moderation. Nonetheless, this on its own has no sugar, no carbohydrates, and is low in calories. A 1.5 fluid ounce shot of this distilled spirit can contain: 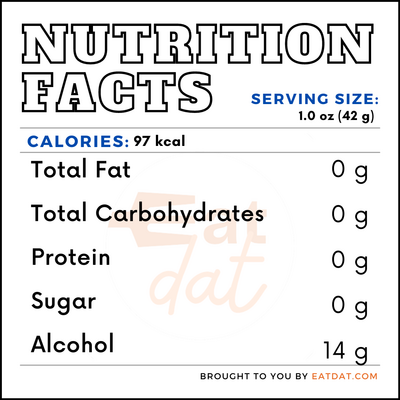 This liquor is considered one of the healthiest spirits you can consume. It provides mental health benefits and consuming it can help reduce your anxiety.

The commercial production begins with harvesting mature sugarcane plants. Once harvested, the cane is washed then crushed to extract its sweet juice. After that, it is boiled down to create a kind of molasses that is then placed in a centrifuge to draw out excess moisture. Then, this molasses is heated with water and yeast to begin the fermentation process.

Technicians must test a sample of the ferment to ensure that it is up to standard. When the standard is met, the ferment is sent to tanks to be distilled into raw rum. This spirit is stored and tested for quality again before the liquor is placed in oak barrels to age. The aging process can span anywhere between 1-12 years. Finally, it is tested for quality before being bottled, capped, labeled, and stored until sold.

This alcohol can craft a delicious cocktail, add spice to sweets and pastries, as well as flavor to meats. Although it is best enjoyed when it’s stored properly, which means keeping it cool. Distilled spirits should be stored at room temperature away from light and heat. It’s also vital to ensure that the bottle has been properly sealed to keep air out. If stored properly, it can last for years, but once opened it’s best to consume this liquor within 12 months.

This beverage can craft tasty cocktails, as well as add flavor to food. Here are some popular recipes.

The FDA has an agreement with The Alcohol and Tobacco Tax and Trade Bureau (TTB) which oversees and regulates hard liquor and spirits. Their standard of identity for rum is a spirit distilled from “the fermented juice of sugar cane, sugar cane syrup, sugar cane molasses or other sugarcane by-products.” The definition goes on to add that the alcohol must have the aroma and characteristics generally attributed to this distilled spirit. To be considered rum it must be bottled at not less than 40% alcohol by volume (80 proof)”.

Walhout, Hannah. 9 Things to Know About the Dark and Stormy History of Rum. Foodandwine.com, Food and Wine. 8 Aug. 2017, www.foodandwine.com/cocktails-spirits/rum/brief-history-rum.