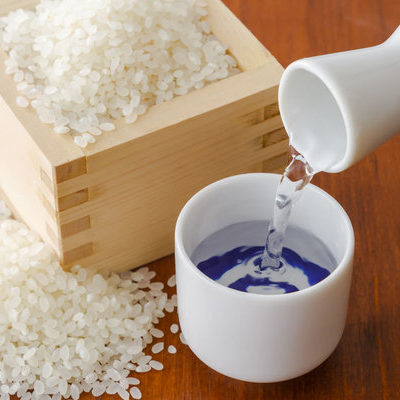 Sake is a popular Japanese alcoholic beverage made by fermenting rice. This beverage is commonly consumed as a drink or used as an ingredient in Asian dishes.

The five main types of this famous Japanese liquor are:

This Japanese beverage has an alcohol by volume content of 14 to 16%. In 2017, the volume of sake refined and produced in Japan fell to about 411 million liters. The global sake market was valued at $7.35 billion in 2018.

Records indicate that this drink originated in China around 500 BC when people would assemble to chew rice and nuts and spit them into a communal tub. The saliva made the content ferment after being stored for a while. Later, people stopped this method when they discovered koji (a mold enzyme), which caused the rice to ferment. Sake is known as nihonshu in Japan, which means “Japanese liquor” and is usually served in ceremonies.

The government was the sole producer of this drink until the 10th century when shrines and temples also began to brew this drink. These temples became the primary producers of this beverage for many years. Between 1868 and 1912, anybody with sufficient resources was allowed to open their brewery, leading to the creation of many breweries in Japan. However, heavy taxation would later force many of these breweries out of business.

This beverage’s brewing technology improved in the 20th century when steel tanks replaced the native wooden barrels. This drink significantly contributed to Japan’s economy during this period. This caused the government to ban home-brewed alcohol, as it could not be taxed. During WWII, a rice shortage forced brewers to add pure alcohol and glucose to this beverage to maintain the volume. Nowadays, the popularity of beer and wine has caused the production of sake in Japan to wane.

In a 29.1g serving size of this Japanese beverage, there are: 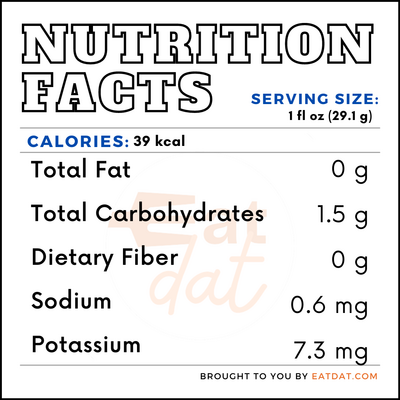 This alcoholic beverage also has some health benefits:

Just as with any other type of alcoholic beverage, this Japanese liquor has its side effects. You could get dehydrated or nauseated from drinking too much of it.  Some of the long-term effects of consuming excess alcohol include alcohol poisoning, liver or nerve damage, as well as high blood pressure and related heart diseases.

The commercial production of this beverage begins with polishing and milling the rice, which leaves the core of the rice grains exposed. During this process, the rice loses about 75% of its weight. The polishing process concentrates the starch that is present in the grain’s core. Then, the rice is washed and cooked, after which, it becomes hard on the outside and soft within. The next stage involves moving the rice to a room with controlled temperature and humidity.

The rice grains are separated to favor a large area of exposure in preparation for fermentation. The next step involves adding koji, a green powder to the rice. The mixture of koji and rice produces yeast, which begins to act on the starch to convert it to alcohol. This fermentation process goes on for three to five weeks. In the final stage, pressing and filtering separates the final liquid to create this rice wine.

For best results, store this Japanese drink in a cool, dry place. Light and adverse temperatures can affect its taste since it typically contains no preservatives. Ideally, this drink should be stored in the refrigerator. It’s best to consume the beverage within 1 year of production. Once you open the bottle, consume the sake within two to three weeks.

Some popular recipes are:

The Food and Drug Administration has no specific regulations concerning sake. However, the TTB (Alcohol and Tobacco Tax and Trade Bureau) treats this Japanese alcoholic beverage as beer under the Internal Revenue Code (IRC). The TTB also defines the drink as “wine made wholly from rice”.