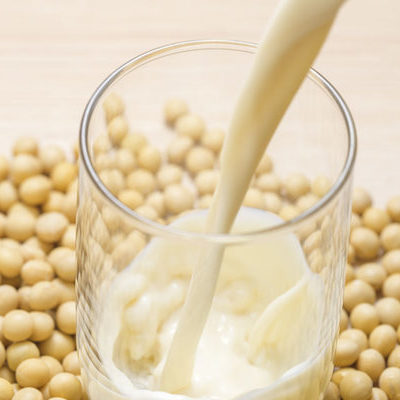 What is Soy Milk?

Soy milk is an East Asian beverage made from soybeans and is a natural by-product of tofu. It has a notable bean flavor, which is often reduced during pasteurization.

This beverage is typically referred to as bean broth in China and served hot with salt and other seasonings. The global market in 2018 was valued at $7.30 billion. Hong Kong tops the list consumers with 17 liters per year, followed by Singapore, Thailand, China, and Malaysia.

Some of the top brands in the US are:

This milk originated in China and Chinese legend has it that it was invented in 2 BC by Liu An. The earliest reference to the beverage was in a text written in 82 AD, called ‘Four Taboos’, where soy milk makers feared their product would be spoilt by thunder. Another early reference occurred in 1500 AD in a poem called ‘Ode to Tofu’. The first reference to soybeans in Europe was by Frenchman Paul Champion, writing about Chinese people taking cups to tofu shops for hot soy milk. The first American reference was the very next year in an article comparing the nutritional qualities of soy milk and cow’s milk.

The nutritional value for 244 g of soya milk: 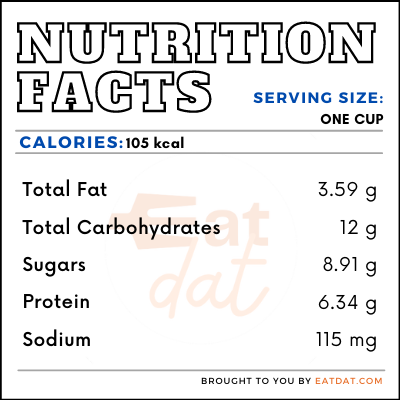 This beverage does have some calcium, provides a number of health benefits, and is a complete source of dietary protein. This milk also contains essential amino acids and isoflavones, which may help reduce the risk of cardiovascular disease, cancer, and osteoporosis, as well as treat menopausal symptoms. This milk also contains decent levels of micronutrients such as phosphorus, potassium, sodium, selenium, iron, and zinc.

It contains phytoestrogens, which studies have shown may lead to cancer in certain people. It may also increase the risk of hypothyroidism. While there are some benefits associated with this beverage, it may not be suitable for everyone.

There are two types of soy milk. One is the Chinese type with a bean-flavor, which is prepared by soaking soybeans and then blending them together with hot water. The second type is a Western product, which is fermented and ultra-pasteurized. This process removes its bean-like flavor and makes it more palatable to European tastes. Clear or yellow hilum soybeans with large seeds are generally used for the productio.

This is a very popular substitute for dairy milk. Here are a few recipes:

This milk is technically not classified as ‘milk’ in the US since only the lacteal secretion from cows that are free of colostrum can be labeled as such. Serious attempts have been made by the FDA to rule out any non-dairy products as milk, which has left alternative milk products, including soy, undefined, and unclear. Soybean standards are regulated by the USDA. Yellow soybeans are typically used in this beverage’s production. They are defined as having yellow or green seed coats and may not include more than 10 percent of soybeans of other colors.

William Shurtleff and Akiko Aoyagi, History of Soymilk and Dairy-like Soymilk Products, A Chapter from the Unpublished Manuscript, History of Soybeans and Soyfoods, 1100 B.C. to the 1980s, Soy Info Center, https://www.soyinfocenter.com/HSS/soymilk1.php