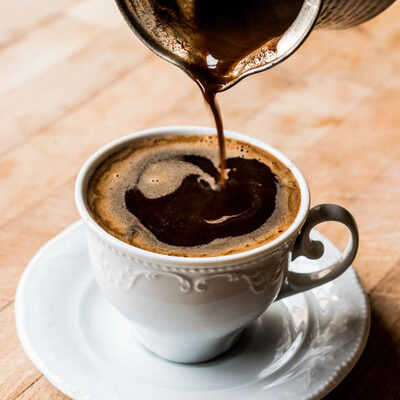 What is Turkish Coffee?

Turkish Coffee is coffee brewed using finely ground coffee beans without filtration. The used coffee grounds settle down at the bottom of the cup and are served like that.

Kahve is traditionally prepared in a long handled pot with a lip, known as cezve or ibrik. Turkish coffee is traditional to Turkey and other ex-Ottoman countries. It is also popular in the Levant region.

The most popular Turkish coffee brands are:

Kahve is one of the earliest coffee preparation methods known. Syrian traders brought coffee to Istanbul in 1555 and within a 100 years, coffee had become an integral part of the Ottoman court and common culture in the country. Coffeehouses sprang up in several places and became the center of social life for the male population. This tradition still continues in Turkey and neighboring countries. In 2013, this coffee was given cultural heritage status by UNESCO, due to its special brewing techniques and the cultural richness surrounding its consumption.

The nutritional value for one cup of Turkish coffee: 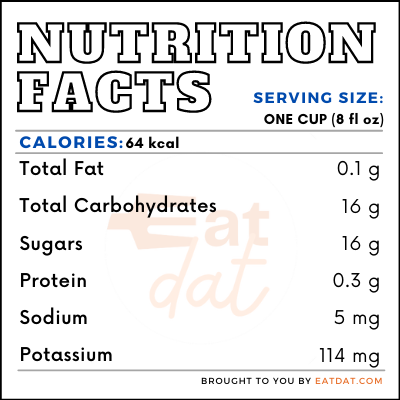 Turkish coffee barely contains any calories, unless sugar is added to it. It has a caffeine content of 84 mg per serving of 100 ml. Coffee contains high levels of antioxidants, which help prevent certain types of cancer and regulate insulin levels, as well as providing an instant buzz. In addition, caffeine is believed to protect from dementia and Alzheimer’s. However, high doses of caffeine can lead to heart problems, as well as palpitations, high blood pressure, irregular heart rate, and heart attacks.

To prepare Turkish coffee, roasted coffee beans are ground very finely. Then, the ground coffee is added to a pot with water. Sugar and other flavorings may also be added. Next, the pot is heated until it starts to boil and a layer of foam is formed. After that, it is allowed to cool before being boiled again, creating more foam. Traditionally, this process is repeated three times.

Then, the coffee is poured unfiltered into cups and served. The coffee grounds tend to remain at the bottom of the cup. However, the drink must never be stirred so as not to disturb the ground sediment. Ground kahve may be stored in a dry and cool place, away from direct sunlight. It must be stored in an airtight container for long shelf life.

This beverage adds a world of flavor to coffee-based drinks. It is also a great flavoring agent for desserts and cocktails. Here are a few recipes:

The USDA regulates the production of coffee beans. It is also involved in the import of coffee from other coffee producing countries. Some aspects of the processing of coffee beans come under the purview of the FDA regulations. The processing of green coffee beans, such as roasting, grinding, and packaging are strictly regulated. These products are also checked to ensure they do not contain allergens or pose a health hazard.

What is it about coffee? Harvard Health Publishing, Harvard Medical School, https://www.health.harvard.edu/staying-healthy/what-is-it-about-coffee