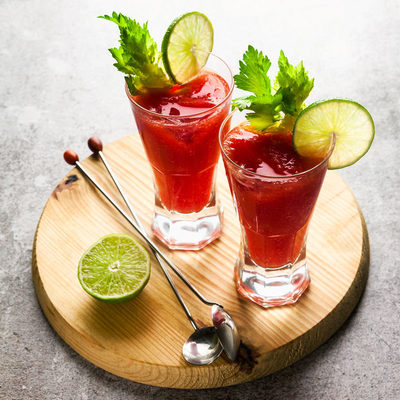 Vodka is a clear, distilled alcohol made with any variety of starchy ingredient. These can be different grains like rye, barley, or wheat, or other ingredients like grapes, potatoes, or even sugar beets. Vodka is famously tasteless, odorless, and colorless.

In the US, consumption is close to 700 million liters. Some of the more famous brands include:

This alcohol possibly originates in 9th century Russia or 8th century Poland. At first, the alcohol by volume of vodka was relatively low at just around 14%. It was also often blended with spices and herbs in order to give it distinctive flavor. The invention of the still became popular around the 16th century and the alcohol content gradually increased. The Smirnoff brand, started by a serf called Pyotr Smirnov, finally gave rise to the modern ‘tasteless’ by pioneering the method of charcoal filtration.

Gradually, the drink spread to Europe. However, it was only in the post-prohibition era that this drink began to be consumed in large numbers in the US, after the setting up of a Smirnoff distillery in the 1930s.

Commercial products can be produced from wheat, rye, barley, potato, grape, sugar beet or any other starchy substance, based on local availability. The ingredient is selected on the basis of its starchiness and then fermented to produce the base spirit. The alcohol then undergoes a rectification, wherein all flavors and odors are leeched from the spirit and the alcohol concentration is increased. Sometimes, this is done more than once. Additives like sugar, honey, glycerin, or citric acid is added to increase viscosity and smoothness.

The nutritional value for 100 g of vodka: 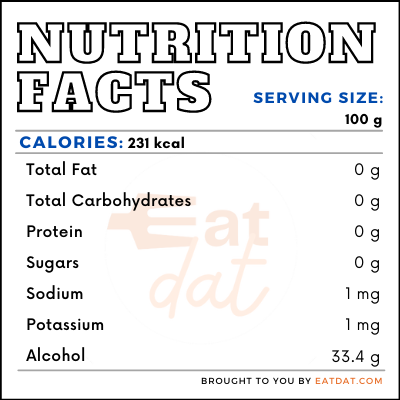 A 1.5 ounce shot contains 65 calories. This is the standard drink as defined by the National Institute of Alcohol Abuse and Alcoholism (NIAAA). The recommended intake is 2 standard drinks a day for women and 3 for men.

Because of its flavorless character, this alcohol lends itself beautifully to both cocktails and cooking. Here are a few recipes including both food and drinks.

All alcohol products except artisanal products fall under the purview of the TTB (Alcohol and Tobacco Tax and Trade Bureau) in the US. This alcohol is defined as a neutral spirit distilled with charcoal and without any distinctive character, aroma, taste, or color. The TTB strictly regulates the production and import of alcohol, which must have 95 percent ABV and bottled at no less than 40 percent ABV.

Simon Difford, Vodka – How is Vodka Made?
https://www.diffordsguide.com/encyclopedia/116/bws/vodka-how-is-vodka-made