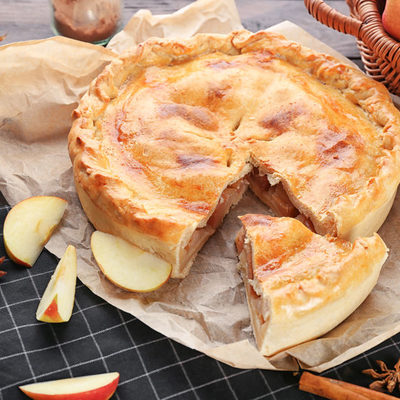 What is Apple Pie?

Apple pie is a dessert made of an apple filling and a pastry base. The definition of a pie differs between the UK and the USA, with Americans describing both open and closed pastries as pies. Apple pie has a reputation for being an All-American favorite. Around $700 million worth of pies are sold in supermarkets every year.

According to Insider, the top 3 supermarket apple pie brands are:

The first known recipe was penned in 1381 in England, although pies at that time were very different from pies of today. The shell or “coffin” was not intended for eating as sugar was quite scarce and expensive. There is evidence that the Dutch were also making apple pies in 1514. By the mid 16th century, when sugar became readily available, consuming the pastry in pies became commonplace thus, making these desserts more similar to those of today. Dutch, British, and Swedish settlers who traveled to the Americas found that the land there only offered crab apples that were too small and tart for pie-making.

As goods traveled over from Europe, the domesticated apple eventually made its way to North America and pie-making could continue. By 1800, American farmers were growing around 14,000 varieties of apples. During the Civil War, soldiers used apples they’d found and flour they’d commandeered to bake pies and feed themselves. By the early 20th century, this pie had become a staple in American food culture, making its way into literature and advertisements. In the 1940s, it was synonymous with patriotism and American culture, although its roots say otherwise. Almost one out of every five Americans prefer apple pie to all other kinds of pie. The American Pie Council is an organization that brings together bakers, chefs, and pastry companies from all over North America. Since 1995, the APC has been holding Pie Championships which have raised the bar for judging, tasting, and baking pies. 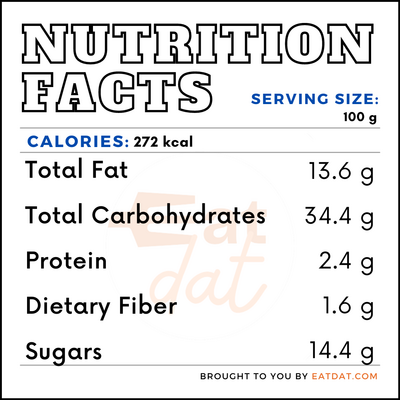 Due to its high carbohydrate and fat count, this pie is not the healthiest of foods. The American Heart Association recommends eating no more than 100-150 calories of sugar each day to prevent heart disease or other complications. So, because of its high sugar content, It’s best to consume this fruit pie in moderation.

Apple pies are commercially produced at especially high volumes around the holiday season. A ConAgra plant can produce up to 210,000 pies a day. The process begins with a mix of apples that combine sweet and tart flavors, before adding sugar and cinnamon to sweeten the deal. Pastry dough is created with patent flour, salt and vegetable shortening then flattened into a pan to make way for the filling. The apple filling is poured into the shells, then topped with a decorated dough sheet, and sent to the freeze chiller to maintain the pies’ freshness.

Apple pie is a classic dessert that can please most with its sweet filling and flakey crust. To ensure full enjoyment and safe consumption, you should store the pie properly. If it’s baked, it can be safely stored at room temperature for two days without preservatives (due to its high sugar content). In the refrigerator, this pie will last an additional two more days, if loosely covered.

This beloved fruit pie has evolved over time. Here are some popular apple pie recipes:

The Food and Drug Administration has very specific regulations regarding this fruit pie. With the example of cherry pie, it’s required that 25 percent of a fruit pie’s weight be the fruit filling. As for the quality of the filling, only 15 percent of the fruit can be blemished. These rules are quite specific, but may likely change in the future as the current administration pushes for deregulation.

Eschner, Kat. “Apple Pie Is Not All That American.” Smithsonian.com, Smithsonian Institution, 12 May 2017, www.smithsonianmag.com/smart-news/why-apple-pie-linked-america-180963157/.