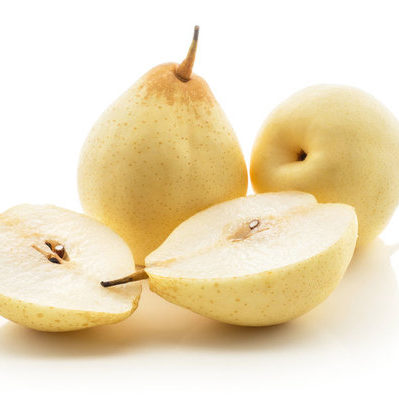 What is an Asian Pear?

The Asian pear is the fruit of the Pyrus pyrifolia tree, a species of fruit tree that grows in different parts of Asia. This has thousands of varieties and is also known as Nashi, Japanese pear, Sand pear, Chinese pear, and Apple pear. The fruits are roundish with a smooth, thick peel and a crunchy, creamy, and juicy flesh.

The most popular varieties of this fruit are:

Pears are native to China and their cultivation dates back over 3,000 years. They were brought to Japan and Korea, where they developed into the Asian pear variety. Pears are considered a symbol of good fortune and immortality in both countries and were mostly consumed by the rich and noble classes.

Asian pears are also used in Traditional Chinese Medicine as a cure for coughs, ulcers, and constipation. Chinese and Japanese immigrants who travelled to the US in the mid-1800s took the Asian pear with them. Today, these pears are grown throughout Asia, as well as in the USA, Italy, Spain, Australia, France, Chile, and New Zealand.

One fruit (275 g) contains a nutritional value of: 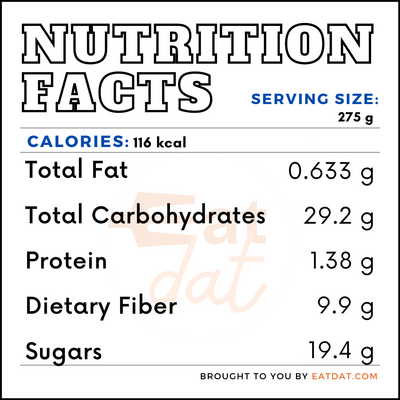 Asian pears have long been used in Traditional Chinese Medicine (TCM). Indeed, modern research has also found that consumption of pears has anti-inflammatory, antihyperglycemic, and diuretic properties. In addition, Asian pears are low in calories and high in fiber and other nutrients such as vitamin K, vitamin C, copper, and potassium.

Most of the commercial production of Asian pears happens in Asia, with China topping the list. In the US, the production of the fruit is concentrated on the West Coast. Trees have difficulties self-pollinating, so several cultivars need to be planted to produce fruit. These trees produce a large number of fruits, which if left untrimmed can limit the size of the pears.

Therefore, the trees are thinned to grow bigger fruit commercially. Asian pears are also hand-picked because they tend to bruise easily. For the same reason, they are individually bubble wrapped in order to preserve them.

Though this fruit is not often used in baking because of their juiciness, they can be used in several dishes. Here are a few recipes to try:

The FDA describes all fresh fruits, including Asian pears, as raw agricultural commodities and strictly regulates all aspects of their growing, harvesting, packing, and storage. The FDA also regulates pear butter and other pear-related preserves and jams.