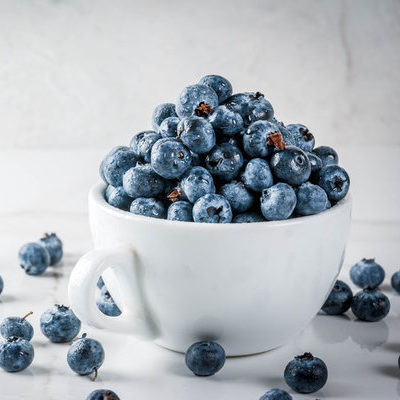 What is a Blueberry?

A blueberry is a fruit found on perennial flowering plants of the genus Vaccinium and subgenus Cyanococcus. They are small in size and range from indigo to deep purple in color. Blueberries have a sweet and juicy taste and are often used to prepare:

The main blueberry producing countries are the United States, Canada, Mexico, Poland, Germany, France, and the Netherlands. 552,505 tons of blueberries are produced worldwide each year.

There are many varieties of blueberries with each being mildly different from the other. The most popular blueberry varieties are:

Blueberries are of North American origin. They have been consumed by Native American tribes in the US and Canada for hundreds of years and are an integral part of their culture and folklore. The leaves and root of the plant, as well as the fruit, were once used in medicine. European colonists eventually set up farms and the fruit was taken back to Europe, where it quickly became popular. During the American Civil War, soldiers were given a beverage made with blueberries, which made it an important food source. Today, blueberries are available in different parts of the world.

Blueberries are chock full of antioxidants and flavonoids, which provide a host of anti-cancer, anti-inflammatory, anti-aging, anti-bacterial, and anti-viral properties. The fruits are also high in anthocyanins, a phytochemical that is good for eye health and vision. Anthocyanins also have antioxidant properties and can help in preventing degenerative diseases. In addition, blueberries may help in improving diabetes and maintaining heart health. Blueberries also contain several micronutrients.

One cup of blueberries can have: 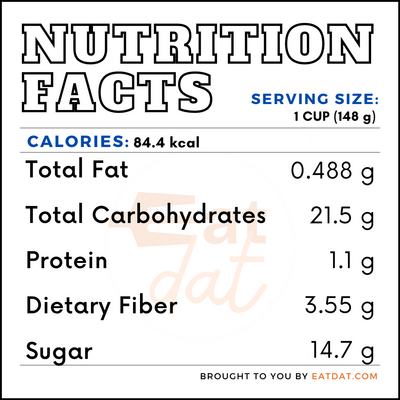 The production of blueberries requires plenty of sun and a loose, well-drained acidic soil. Approximately 1,300 to 2,000 blueberry plants can be planted per acre. Most blueberries are harvested by hand in order to avoid bruising. Because of the weather requirements, many blueberry growers use greenhouse tunnels for better results. More than half of the blueberries produced are sold in the fresh produce market.

Blueberries are often eaten fresh, but can also be used in preparing a number of dishes. This fruit works well for marinating, baking, and crafting drinks. Here are a few popular recipes:

The FDA classifies blueberries as a raw agricultural commodity (RAC) and strictly regulates all aspects of their growing, harvesting, packing, and storage. The FDA also regulates canned blueberries. Sweeteners are allowed to be added and the density of the blueberries in such cases are strictly specified.