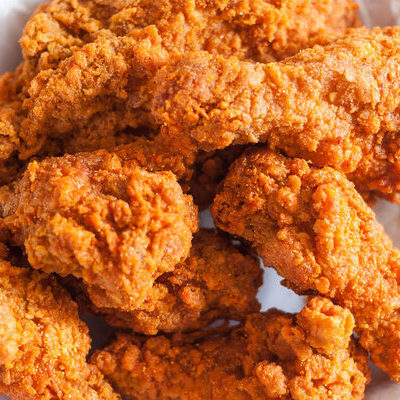 Chicken, also known as poultry, is the most popular type of animal protein. Classified as white meat, it can be served whole or in the form of breasts, thighs, and wings. Some of the top chicken breeds for farming are:

This poultry meat is often considered America’s favorite because it’s more affordable than other meats and provides good nutritional value and flavor. According to the National Chicken Council, in 2019 Americans consumed 96.2 pounds of chicken per capita.

In 2017, the USDA provided Market Insights on the top most popular chicken cuts which are:

The lineage of the domesticated chicken stretches back to the Asian jungle fowl which lived over 10,000 years ago. Genealogists note the resemblance between the red junglefowl (Gallus gallus) and the male domesticated chicken with their similar red wattle and comb. Nonetheless, there are three more species of fowl that scientists believe to be ancestors of this modern bird. Different traits can be traced back to various species in India and Southeast Asia.

Historians suggest that cockfighting was the main driving force for the domestication of the chickens. Once humans managed to domesticate this bird around 2,000 B.C. they were traded, migrated, and introduced to various regions around the world. Over time with more breeding to achieve desired features, this bird began to exist in various sizes, shapes, and colors. In the United States, this meat began to rise in popularity in the1940s as a post-war food that could feed the whole family with less feed than other meats. By the 1990s, poultry was the most popular meat in the U.S.

A 100-g serving of chicken contains: 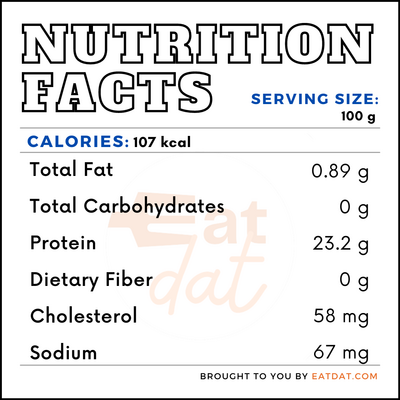 Chickens, like many other types of meat, contains ‘high-quality’ protein that comes from animal origin. This contains plenty of B-group vitamins, minerals, and unsaturated lipids giving it a good nutritional quality. Combined with a vegetable-rich diet, studies have shown that consumption can reduce cardiovascular disease, obesity, and type 2 diabetes.

The United States runs the largest commercial production in the world. After Brazil, the U.S. is the second biggest exporter of broilers in the world with top destinations being Mexico, Canada, Taiwan, Angola, and Cuba. In the U.S. there are broilers in all fifty states with Georgia, Arkansas, and Alabama being the top commercial producers in the country. In 2019, over 9.2 billion broiler chickens were produced. Top chicken breeds for farming are araucana, brahma, cochin and leghorn chickens.

This is a nutritious, poultry meat that can be sauteed, baked, or fried. Before consuming this meat, it’s vital to ensure that it’s been properly cooked. In commercial production, as chicken gets processed into parts it can be contaminated with salmonella. Storing your meat properly is the best defense against salmonella.

Fresh, raw chicken should be refrigerated at 40°F or below for a maximum of two days. If it’s cooked, it can remain in the refrigerator for up to four days depending on the cut. When frozen, it can be safe for anywhere between one month and one year. It’s recommended to cook all poultry to an internal temperature of 165(°F).

Poultry is a popular meat in many American households. Here are a few well-known recipes:

Additives used in poultry are subject to FDA and USDA jurisdiction. The FDA must inform the USDA of any apparent violation regarding a poultry product that has left a USDA inspected plant. This includes misbranding or adulteration of any meat or poultry products. The USDA regulates what labels broilers can claim on their packaging. No hormones are to be used in the production of chickens in the US.

While they have specific rules regarding labels such as “Organic,” the regulation terms such as “Free Range” and “Natural” aren’t as strict. Antibiotics are an FDA-approved tool used for keeping fowl healthy. For broilers to market their poultry as Antibiotic Free (ABF), they must guarantee that those chickens were successfully raised without any use of antibiotics.