Dahl refers to the South Asian dishes made from split pulses such as lentils, beans, or peas.

There are three different types of dahl, which include unhulled, split with the hull left on, and split and hulled. These pulse dishes vary according to region but are often used in soups and curries.

The top 8 most common types of dahl used for these dishes include:

This dish has long been a part of Indian cuisine and Buddhist texts from 400 BC describe the use of new pulses that came from Alexandria (Egypt). Furthermore, ancient texts indicate that a dal dish was served at a wedding as far back as 303 BC. Pulses were cooked in a variety of ways from frying them in oil to incorporating them in sweet dishes. In Medieval India, slow cooking dahl in steam made it more suitable for royals and became a favorite of the emperor at the time. These days, dal in all its forms remains a culinary classic in India and South Asia alike. 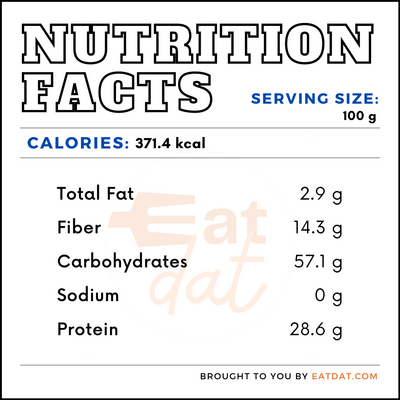 Whereas, a prepared dal dish might offer 222 calories, 34g of carbohydrates, 14g of protein, and 431mg of sodium. While there are plenty of health benefits associated with this dish, overconsumption is possible and can lead to stomach pains and other issues, so it’s best to consume dahl in moderation.

The commercial production of dahl involves first removing any stones or foreign objects before grading the pulses into 2-3 different sizes using sieves. Next, the pulses are soaked for 60-90 minutes to achieve uniform moisture levels before they are dried in the sun for several days. Once they are dried, they are sent through a mini dal mill to be split. After that, the pulses are dehusked, cleaned, and have a bit of oil applied. Finally, the dahl is weighed, packaged, and stored until ready for distribution.

Dahl is a savory dish that is bursting at the seams with flavor. If you manage to have any leftovers, it’s best to store them properly to be able to enjoy them later. Once the dish has cooled down to room temperature, transfer it to an airtight container and place it in the fridge where it can stay for about 5-6 days. When you want to eat the dish, serve, and heat only the portion that you plan to eat to avoid bacteria multiplying in the container. You can also freeze dahl by placing it in freezer-safe bags, but take care to leave space for the food to expand as it freezes.

This dish can be prepared to suit any palate. Here are some popular recipes:

The Food & Drug Administration does not have any regulations that specifically mention dahl, although it does regulate pulses. The FDA defines lentils and various types of beans as rarely consumed raw produce. Therefore, it does not regulate their growing, harvesting, packing, or holding as these foods are always cooked before being consumed. The organization classifies peas as a raw agricultural commodity and therefore regulates their growing, harvesting, packing, and holding. It also has a standard of identity for canned peas, which it defines as “food prepared from fresh or frozen succulent seeds of the pea plant of the species Pisum sativum L.”

Pal, Sanchari. “We Indians Love Our Dal. But Do You Know the Fascinating History of Our Favourite Comfort Food?” The Better India, The Better India, 23 Mar. 2017, www.thebetterindia.com/92642/food-history-dal-lentils-india/.

Husain, Salma. “When Did Dal Become India’s Favoured Food, and What Was Rama’s Preferred Preparation?” Scroll.in, Scroll.in, 28 May 2018, scroll.in/magazine/880178/when-did-dal-become-indias-favoured-food-and-what-was-ramas-preferred-preparation.