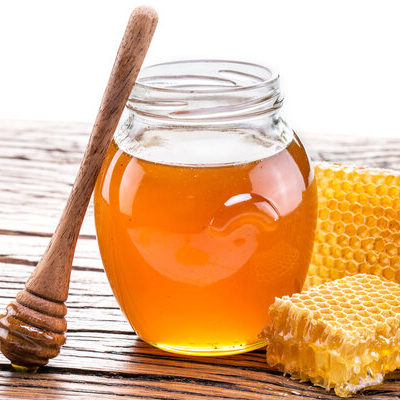 Honey is a sweet and viscous food obtained from bees. Though many species of insects produce this food, only honey bees produce any of sufficient quantity. In fact, these bees are the only insect that produces food for humans.

The best honey brands, according to Backyard Beekeeping are:

Honey is one of the first foods to be ‘domesticated’ by humans. Archeologists have found fossils from honeybees dating back 150 million years. There are even cave paintings depicting beekeeping in 7,000 BC. However, the first reliable records of beekeeping were found in Ancient Egypt from the year 2,400 BC. Ancient Indian texts from 2,000 and 3,000 BC also refer to this food, describing it as a royal and godly food.

Honey was also used as a medicine in Ayurveda. Additionally, ancient Chinese people used this food as traditional medicine, as it was seen as balanced. Ancient Greeks and Romans also used this food extensively, both in cooking and in medicine. The establishment of Christianity in Europe brought more demand for this food, which continued until sugar plantations built on slave labor brought in cheap alternative sweeteners. European colonists to the New World brought honeybees to the Americas, where they flourished.

Honey has been used in traditional medicine for centuries in different cultures. This food is a great source of energy. It also contains plenty of nutrients, one cup has: 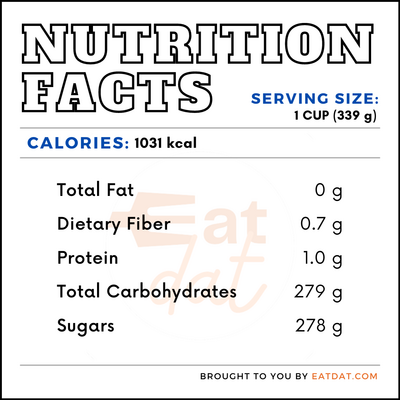 This food also contains antioxidant properties, and studies suggest that it exerts antioxidant, antimicrobial, anti-inflammatory, antiproliferative, anticancer, and antimetastatic effects. Honey can be used in the treatment of wounds, controlling diabetes, cancer, asthma, as well as preventing and curing cardiovascular, neurological, and gastrointestinal diseases.

Honeybees produce this food by gathering nectar from different flowering plants, which is why each brand might taste mildly different. The bee stores this nectar in its honey stomach, from where it regurgitates the nectar after returning to the hive. There, the house bees chew the nectar and break down the sugars. Then, it is stored in the individual cells of the honeycomb, where it evaporates and produces the thick, viscous substance we enjoy. Finally, the cells are covered with wax to keep out bacteria, moisture, and air. Beekeepers are ready to harvest this food now.

Beekeepers ensure that these hives are in removable frames. The honeycomb is sometimes cut into pieces and packaged, providing the best and most unadulterated form of this food. Another method is to extract this food by removing the wax cover and placing the frames in an extractor. Next, the product is screened and settled to remove any impurities and then bottled. Many commercial producers heat this food to prevent crystallization, changing its chemical composition. Corn syrup and other additives are also added to it.

The worldwide market value of honey in 2018 amounted to $7 billion. The world’s top producer is China, followed by Turkey, Iran, USA, India, and Russia. Central African Republic is the highest per capita consumer of this food, followed by New Zealand, Slovenia, Greece, Switzerland, Austria, and Turkey.

Storing honey in an airtight container in a cool place should keep it fresh for years. This food must not be stored in metal containers. If stored in the fridge or freezer, it will solidify and crystallize but will remain edible and fresh.

The USDA regulates this food and its production, packaging, and labeling in the US. Honey is defined as a sweet, syrupy substance produced by honeybees from the nectar of plants. The color may vary, and its consistency may be fluid, viscous, or crystallized. Different types of food are also defined and regulated strictly.

Two Beekeepers, What is Honey?, https://www.twobeekeepers.com/what-is-honey/