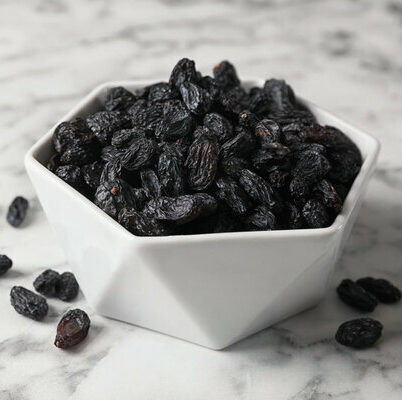 Raisins are grapes that have dried and shriveled up. They are usually made from dark large grapes, while the golden dried grape is called a sultana, and the small Black Corinth dried grape is known as a currant. However, these terms may be used interchangeably in many places. Raisins are usually classified under dried fruits, and may be consumed as a snack or in cooking or baking treats like apple strudel.

The most common types of raisins include:

It is likely that the discovery of this dried fruit was made by accident, perhaps by some grapes left in the sun to dry out. This fruit was even used in ancient Egypt in 2000 BC. The cultivation of grapes and wine-making was originally developed by Phoenicians and Armenians, and they began trading with Greeks and Romans. It was around this time that raisins were discovered and quickly became popular. The Crusades in the 11th century resulted in them spreading to Europe, from where Spanish conquistadors spread them to the Americas. 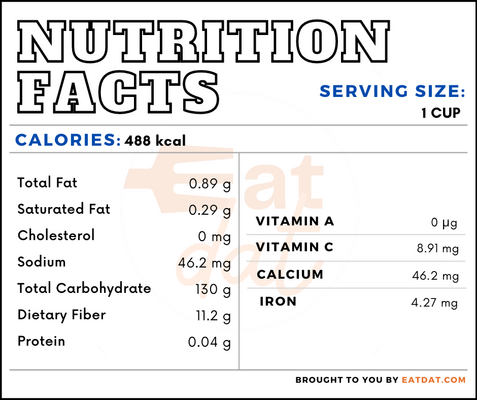 Also, they contain other micronutrients such as magnesium, phosphorus, and potassium. Raisins contain 60 percent sugar, consumption of which can lead to an array of health problems. However, they are rich in dietary fiber, prebiotic properties, antioxidants, phenolic compounds, and anti-bacterial properties.

Consumption of raisins on a regular basis may help in preventing atherosclerosis, high blood cholesterol, hypertension, diabetes, colon cancer, and dental decay. There is significantly less risk of obesity among consumers. In addition, these dry fruits help in combating gastrointestinal diseases.

Raisins are prepared by drying out grapes via sun drying, shade drying, or mechanical drying method. Sun drying has been the traditional method used for centuries. Shade drying is extensively used in China, Australia, and India, and involves allowing the grapes to dry by air. In recent decades, mechanized drying of grapes has become popular because it offers sanitary solutions.

First, the harvested grapes are pre-treated with an oil emulsion or a dilute alkaline solution to accelerate the process. Once dried, they are then cleaned, which involves the removal of stems and foreign materials, as well as removal of off-grade products. Then, the product is dried again before being packaged and ready for distribution.

Turkey is the largest raisin producing country in the world, followed by the United States, Iran, Greece, Chile, South Africa, Uzbekistan, Afghanistan, Australia, and Argentina. Almost 80 percent of the world’s production is by Turkey and the United States combined.

These dried grapes are used in preparing sweets, baked goods, as well as in bread and rice dishes. Also, they can be consumed as is. Dried out and crystallized raisins can be revived by soaking them in hot water. Some recipes using this dried fruit are:

Raisins fall under the category of dried/dehydrated fruit and vegetable products. The USDA sets the standards and grades for them, which specify the moisture content in different grades affecting their quality.