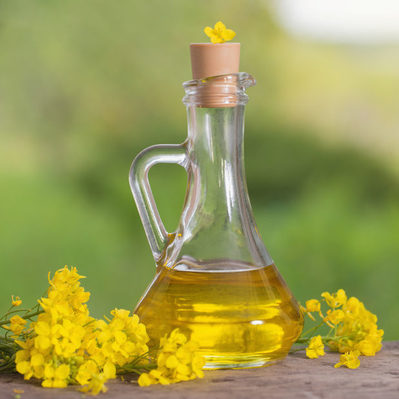 What is Rapeseed Oil?

Rapeseed oil is a natural oil extracted from the yellow flowering rapeseed plant of the Brassica family. Two types of this oil exist: industrial and culinary rapeseed oil. The culinary version of this oil can either be cold-pressed or the highly processed kind, also known as canola oil.

According to Rapeseed Oil Benefits, some popular ways to use rapeseed oil are:

The first record of rapeseed in English occurred in the 14th century. This yellow flowering plant’s production has since evolved immensely, with worldwide production skyrocketing in the 20th century. Canola oil was developed from rapeseed in the 1970s by scientists who crossbred two rapeseed plants. This new oil was free of glucosinolates and low in erucic acid making it a safer cooking oil. Because this new crop was bred in Canada, legend has it that the name Canola came from mishearing “Canada.”

Production of the rapeseed plant would later increase by sixfold between the 1970s and the 2000s. Although this oil slowly fell into obscurity in the U.S., it remained common oil in the United Kingdom. Canola oil, however, became a popular household oil until concerns about its health standing arose. In the late 2000s, rapeseed was rediscovered by British chefs and the cold-pressed version of this oil became artisanal. Praised for its low saturated fat content and ability to withstand high temperatures, rapeseed oil surged in popularity.

Because of its very high smoke point, this is ideal for frying and roasting. You can also use it cold to make sauces, marinades, and salad dressings. This is perfect for baking as it makes a great replacement for butter and cuts saturated fat levels in half.

Nutritionists recommend switching out olive oil for this due to its high smoke point. This oil is ideal for roasting and frying with its smoke point of 205. One tablespoon of  has: 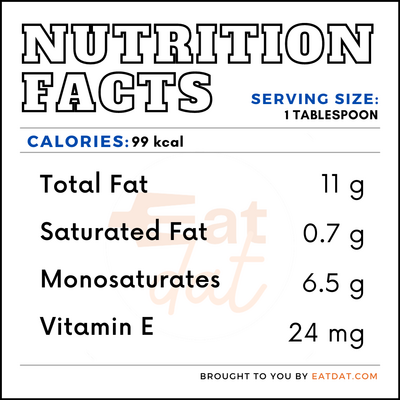 As it contains vitamins, antioxidants, has less saturated fat and is less refined than other oils, rapeseed is considered healthy.

This oil begins with the golden yellow rapeseed plant. While it’s usually planted in August, this plant is commonly harvested in the springtime. Tiny black seeds are taken from the plant, dried and passed through a sieve. After that, these seeds are crushed very slowly and at a low temperature to extract the oil. This crude oil contains phospholipids that are removed in the degumming process to further refine the oil. Once the oil is refined, it’s bottled and stored in a cool place until it’s ready to be shipped off to stores.

It is a great cooking alternative as it’s light, low in saturated fat, and high in fatty acids. To make the most of this, you need to be sure that you store it properly. Like most other cooking oils, rapeseed has a long shelf life and can be stored at room temperature. Be sure to store this oil in a sealed container away from light.

The Food & Drug Administration includes this oil on their list of food substances affirmed as generally recognized as safe. In Title 21, part 184.1555, the FDA details the definition and process for producing this oil, its ingredients, and any variations. This regulation also describes the permitted levels for acid, arsenic, free glycerin, heavy metals, and iodine in this oil.

Knutson, Ariel. “What’s the Difference Between Canola and Rapeseed?” Thekitchn.com, Kitchn, 1 May 2020, www.thekitchn.com/whats-the-difference-between-canola-and-rapeseed-206047.