What is a Red Capsicum?

Red capsicum (Capsicum annuum) is a type of pepper that belongs to the Solanaceae or nightshade family.

The four standard colors of bell pepper are red, yellow, green, and orange. As bell peppers mature, their color changes from green to yellow then orange to red, meaning that red bell peppers are the most mature.

The top 10 most common types of pepper are:

“Capsicum” comes from the Greek word “kapto” which means “to swallow” or “to bite.” Capsicum originated in the Western hemisphere, where it has been used as food since 7500 BC. Capsicum reached Central America between 5200 and 3400 BC. Legend has it that Columbus played a significant role in the spread of capsicum around the world. He is believed to have introduced it to Europe and from there, it spread to Asia and Africa.

Another story asserts that conquistadors introduced capsicum to Europe. Then, Portuguese merchants spread the pepper to Africa and Asia. Capsicum became popular in Europe because black pepper had become too expensive for people to afford. In today’s world, many nations use pepper in their local cuisines.  Red capsicum is a popular variant of this pepper.

Red capsicum is commonly used in rice dishes, stir-fries, soups, salads, and many finger foods. Another popular dish is stuffed pepper, which involves removing the seeds and filling the pepper with meat, rice, vegetables, cheese, or a combination of other ingredients. This pepper is even used in curries because of its distinct flavor. Pickled red capsicum is also known as pimento and is used to stuff olives. Paprika, the smoky red spice, is made from red capsicum, as well.

A serving of 100g of raw, red bell peppers contains: 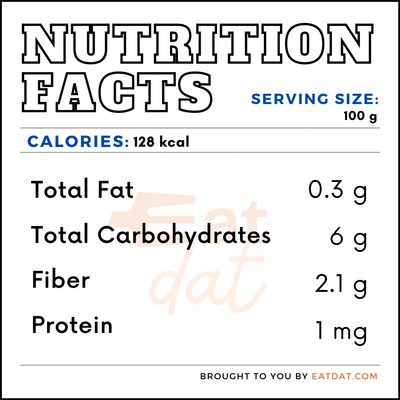 Red capsicum has some health benefits, which include:

Red capsicum has no significant side effects. However, some people might experience a burning sensation when consuming it. If you experience any pain, stop consuming this food.

Red capsicum fares best on well-drained soil with a pH between 5.8 and 6.6. Ideally, the soil should have good water holding capacity. It is also essential to cultivate red capsicum in a greenhouse before transplanting it to the field. Before transplanting, the soil’s temperature in the area has to be 60°F at a depth of three inches below the surface. Fertilizer application, as well as weed and insect control are vital in the production of this food.

Red capsicum will last for four to five days in the crisper section of your refrigerator. Avoid washing the peppers before storing them as moisture can cause them to rot. Place the peppers in a plastic bag before moving them to the fridge.

To freeze red bell peppers, cut them and place them on a baking tray. Ensure that no peppers are laying on top of another to allow even freezing. Then, place them in an airtight container before moving them to the refrigerator. When frozen, these peppers will last up to one year.

Red bell pepper is a popular ingredient in many dishes. Some recipes you can try include:

The Food and Drug Administration classifies capsicum as a natural seasoning that is safe for its intended use. It also categorizes bell pepper as a raw agricultural commodity. Therefore, the FDA also regulates the growing, harvesting, and holding of bell pepper.