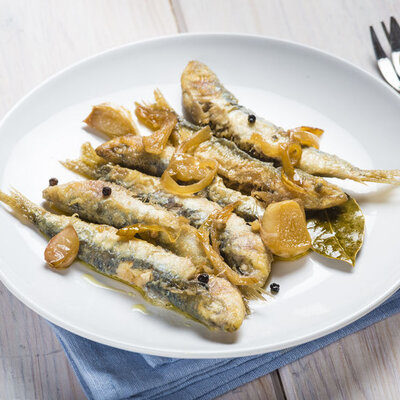 Sardines are a small, silvery fish from the Clupeidae family. Some common types of this fish include the genera Sardina, Sardinops, and Sardinella. This type of fish is full of nutrients and is commonly served in cans but can also be:

Sardines are a popular food the world over and can be found in most cuisines. In the United States, the canned seafood market reached $2.03 billion in 2016.

Some common ways to use sardines include:

Fishing is one of the oldest forms of gathering food and dates back to prehistoric times. In the Middle Ages, fishing was reserved for only religious communities but by the 11th century, fish farming had begun. It wasn’t until the 15th century that deep sea fishing became possible with new advances in technology. In the 19th century, further advances in boats and nets made it possible for commercial fishers to gather more fish.

The 1930s saw California become the biggest sardine fishery in the Western Hemisphere. With the fish population beginning to decrease in the 1940s, commercial fishing of sardines in the United States was on the decline and eventually collapsed in the 1950s. The industry never quite recovered and in 2010, the largest sardine cannery in the US finally closed its doors. Today, the American sardine industry is a shadow of its former self as fishing Pacific varieties of this fish is prohibited. 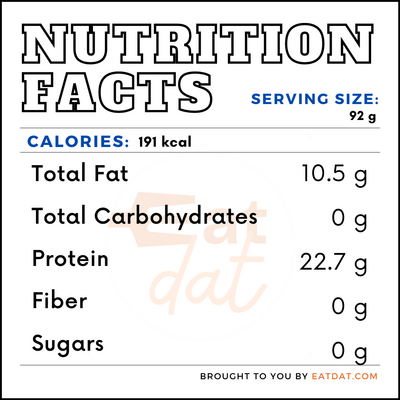 Sardines are considered one of the best choices of fish you can eat and can safely be consumed 2-3 times a week. A healthy serving size of fish is the same size as the palm of your hand. Consuming fish regularly can lead to improved heart health, as well as better mental health in old age.

Sardines are commercially fished for many reasons, including human consumption, bait, or for further processing into fish meal or oil. This fish is usually caught using nets that encircle and trap the fish, but stationary enclosures are also used. Commercial fishing of Pacific sardines is currently prohibited in the United States due to overfishing.

Once the fish are collected, they are taken to a plant for canning. The sardines are first placed into a vat of icy water to keep them fresh, then they are sorted by size and have their scales removed. Next, the fish are placed onto trays and then sent to a cutting machine, which slices off their heads and tails, as well as cleans out the body of the fish. Finally, the fish are rinsed off and dropped into cans, which are filled with oil or tomato sauce before being sealed with a metal lid. The cans are then stored until they are ready to be sold.

Storing your fish properly is essential to safely enjoy its natural flavors. However, because of its high levels of Omega-3s, sardines rot faster than any other type of fish. If you’ve bought this fish fresh, it should be eaten the same day. Still, the most common way that you’ll encounter this food is in a tin or can, which means it can be stored in the pantry until ready to use. Once you open the container, any leftovers should be removed from the original packaging and placed in a glass container, which can be stored at room temperature thanks to the oil from the tin.

These fish are enjoyed in countries across the globe. Here are some popular recipes:

The Food & Drug Administration regulates the amount of mercury that is allowed in fish such as sardines. The agency lists the amounts of mercury that are considered safe for sardines. Furthermore, the FDA has regulations for fish and fishery products detailed in their hazards and control guide. There are also regulations that address the permitted reference amount and label statement that can be used on canned fish products.