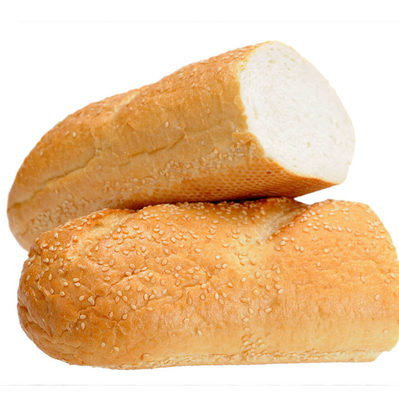 What is Vienna Loaf?

Vienna Loaf is a type of bread made from a process perfected in Vienna in the 19th century. Vienna bread is rolled into a slightly elongated oval shape. It is not as thin or long as a baguette, and not as wide as a boule. The bread is a type of Artisan bread, and has a glossy look to it.

The ingredients used in this bread are:

There was experimentation with bread in 19th century Vienna. Bakers began using beer yeast for the first time. Along with finely milled Hungarian flour, this gave a reddish-brown crust as well as a porous, sweetish loaf, which can be consumed without butter. The first Vienna loaf of this type was the Kaiser-Semmel, which was exhibited at the Paris International Exposition in 1867. Adolf Ignaz Mautner is credited with the invention of this press yeast, so important for making this loaf.

It is a good source of carbohydrates. It also contains sodium and fiber, as well as some protein and fat. A serving size of 2 slices (45g):

There isn’t much in the form of micronutrients. Hence, it is advisable to consume this bread in moderation and best consumed as a sandwich with other ingredients.

Today, commercial Vienna loaf is different from those produced 100 years ago. Bread flour is first mixed with water and yeast. The dough may be enriched with fat, sugar, and milk powder.. Vienna loaves can be made from sponges, but are most likely a straight  or no-time dough. After mixing, the dough pieces are molded and formed into oval shapes. The tops are scored by water or blades, and egg washed before baking in baking screens or baking trays. Vienna loaves are used in making of sandwiches, garlic bread, and other recipes in restaurants and bakeries.

The traditional bread can be adapted to make different dishes. Here are a few dishes made with Vienna loaf:

The FDA regulates all breads under the umbrella term of bakery products. Bread is defined as food produced by baking mixed yeast-leavened dough prepared with wheat. In order to be classified as bread, the product must have at least 62 percent solids. It’s will have to follow these standards as well.