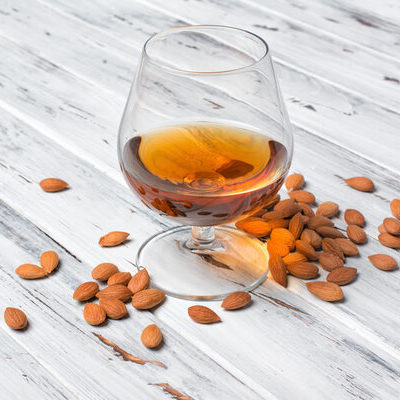 What is Almond Liqueur?

Almond liqueur is a liqueur or cordial of Italian origin.

The name comes from the Italian word ‘amaretto’, which means ‘little bitter’, referring to the taste of almond liqueur’s mild bitter tones. Nonetheless, the alcohol also has a sweet and nutty flavor with a thick and syrupy texture.

The most popular amaretto brands are:

Amaretto is believed to be a product of the Italian Renaissance. One story states that a young innkeeper in Saronno, Italy, created the amaretto in 1525, but her name is lost to history. When the artist Bernardino Luini was hired to paint a fresco by the Basilica of Santa Maria delle Grazie, he searched for the perfect model. He found one in that same young innkeeper. She fell deeply in love with him and created the amaretto recipe just for him.

The Lazzaroni and the Disaronno families both lay claim to this legend, the former creating the brand in 1851 and the latter in 1900. According to the Disaronno story, they got the recipe from the Reina family, who got it from the original creator. No matter who created the original recipe, it was Disaronno which held a marketing campaign in the 1960s that led amaretto to gain popularity around the world.

A serving of almond liqueur contains around: 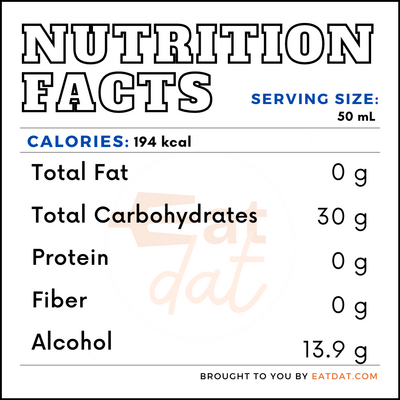 The alcohol has no nutritional value and has 24 to 28 percent ABV. Overconsumption of alcohol can lead to several health problems, including affecting the brain’s functioning patterns and a general lowering of immunity. Regular consumption of alcohol can also increase the risk of heart disease, liver cirrhosis, pancreatitis, high blood pressure, stroke, diabetes, cancer, as well as obesity, depression, and aging.

Commercially produced amaretto contains almost no almonds or nuts. Instead, apricot kernels are used in the production, along with infusions and distillations of various botanicals and herbs, vanilla, and burnt sugar caramel. The caramel gives the dark brown color to the alcohol.

Because of the high alcohol content of 24 to 28 percent, amaretto has a long shelf life. Nonetheless, an opened bottle tends to start losing its flavor after a couple of years. It is best to store this alcohol in a cool, dry place away from sunlight.

Almond liqueur is a great addition to the kitchen, as it can be used in cooking and baking. It imparts a delicious taste to desserts, drinks, as well as brings out intense flavors in cocktails. This liqueur can even be used to cook white meats. Here are some popular recipes: