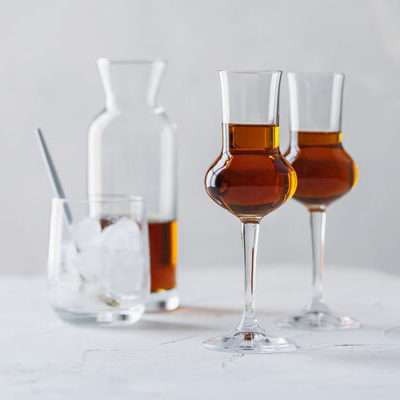 Amaro is a type of Italian herbal liqueur that is classified as a bitter. The word ‘amaro’ itself is Italian for ‘bitter’. The drink is made with a neutral spirit, like brandy, as the base and an herbal blend, which includes herbs, spices, flowers, barks, and roots. This liqueur has a brown to dark brown color and a bittersweet taste. It is considered a digestive and often consumed in the evenings or before bed, although it is also served as an aperitif before dinner.

The most popular brands are:

Arab traders brought distilled alcohol to Europe around the 12th century. Monasteries quickly caught on to it and began to use alcohol as a way to preserve medicinal roots, spices, and herbs. In the 18th century, merchants, like Salvatore Averna, began to see the potential behind these drinks and started to market them. Not long after that, amaro became popular around Italy. Today, it is an extremely well-known drink in Europe and other parts of the world.

A serving contains around: 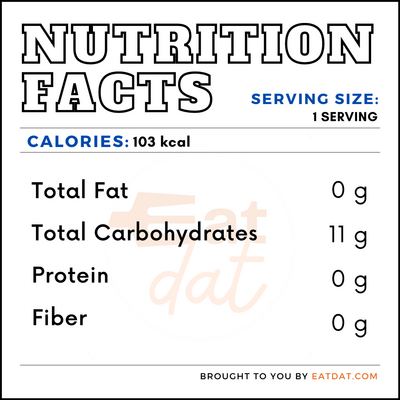 The alcohol has no nutritional value, although the herbs, spices, and other flavoring ingredients of the drink may have health benefits, depending on the recipe. In fact, this liqueur has been used as a medical tincture and digestive for centuries. Some common ingredients used in it are gentian, rhubarb, wormwood, cinchona, angelica, myrrh, green cardamom, cinnamon, star anise, sarsaparilla, mint, bitter orange, orris, and yaupon holly. These may provide a host of positive health benefits.

However, overconsumption of any alcohol can lead to several health problems, such as affecting the brain’s functioning patterns and general lowering of immunity. Regular consumption of alcohol can increase the risk of heart disease, liver cirrhosis, pancreatitis, high blood pressure, stroke, diabetes, cancer, as well as obesity, depression, and aging. Therefore, it’s best to consume this liqueur responsibly and in moderation.

Each amaro blend may differ, according to the recipe. There is no standard recipe and each producer can change the ingredients or their proportions. The same applies for the alcohol content, which can widely vary from 16 to 30 percent ABV.

There are different types of this liqueur, including medium, fernet, light, alpine, vermouth, carciofo, tartufo, china, and rabarbaro. The difference between these types are marked by the flavoring agents used. The drink is usually prepared by infusing a mix of herbs, flowers, bark, peel, roots, and spices in a grape brandy. Then, this is sweetened with sugar syrup and aged before it is ready for consumption. This drink must be refrigerated once the bottle is opened to avoid oxidation and preserve flavor.

This liqueur may be used in cocktails or for cooking. Here are a few popular recipes:

All alcohol related products are regulated by the Alcohol and Tobacco Tax and Trade Bureau (TTB) in the US. Amaro may not be marketed as a digestive in the US, as it is prohibited under the TTB laws.

Oscar Hartzog, These Are the Best Amaro Brands to Try in 2020, Spy, https://spy.com/articles/lifestyle/food-drink/best-amaro-liqueur-guide-250556/