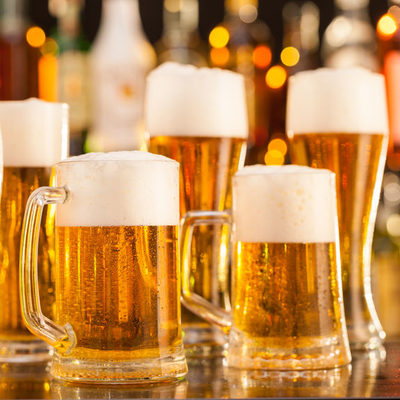 Beer is an alcoholic drink made from barley, hops, water, and yeast.

The top 5 popular styles of beer, according to Taste Atlas are:

Beer has been consumed for thousands of years. Although it’s difficult to confirm an exact date, historians speculate that fermented drinks were likely born alongside the rise of cereal agriculture some 12,000 years ago. The oldest known recipe for this beverage dates back 4,000 years. This recipe was of Sumerian origin, but the Egyptians who are believed to be the first civilization to tax the alcoholic drink. Since this beverage was cleaner than water from the Nile river, it was the drink of choice and was even given to workers who built the Pyramids of Giza.

Over the centuries, as cereal farming advanced, this alcoholic beverage also evolved and became globalized. In Europe, from the Middle Ages to the Renaissance period, this drink was commonly used for its nutritional and medicinal purposes. It was later on, in medieval and early modern times, that the beverage turned into a source of amusement and inebriation. As the uses for this drink expanded, so did its brewing process. In medieval England, brewers added hops to the brewing ingredients, thereby differentiating beer from ale and altering its technology and nutrition.

Although beer is mainly a drink, it’s often used in cooking to marinate meats or make lighter batters for frying. When used for baking, the yeast in this alcoholic drink reacts with flour, causing the dough to rise and grow in size. This beverage adds to the chemical process of cooking, as well as incorporates flavor to any dish.

One can of beer contains: 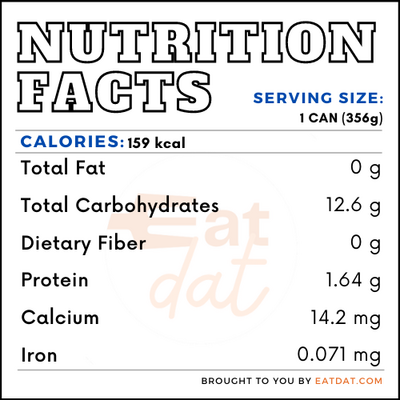 This alcoholic beverage contains phenolic compounds that come from the barley and hops used to brew it. It’s these compounds that nutritionists view as beneficial, noting that light to moderate drinking has been shown to lower the risk of cardiovascular disease. Nonetheless, drinking patterns matter most as excessive drinking can lead to alcoholism, breast cancer, accidents, and crime.

194,278,588 barrels (bbls) of this beverage were commercially produced in the United States in 2018. Of those barrels, 25,632,766 bbls were produced by brewpubs, microbreweries, brewing companies or regional producers. In the U.S. alone there are 7,000 breweries and importers of the beverage. The United States also exports commercially produced barrels to countries around the world like China, South Korea, Israel, and the Czech Republic. In recent years, craft beer has become increasingly more popular with its commercial production rising to $27.6 billion (3.9%) of the American market share.

When it’s not being enjoyed as a beverage, beer makes a great addition to marinades, batters, bread, and cakes. While not in use, this beverage should be kept in a cool, dark place away from light. It’s best when refrigerated at 40 to 42 degrees Fahrenheit (4 to 6 degrees Celsius) according to The Beer Institute.

This alcoholic beverage adds a light texture and nuanced flavor to a wide variety of foods. Here are a few popular recipes:

The Food and Drug Administration requires that producers of this beverage follow the labeling guidelines outlined under the Federal Alcohol Administration Act. All ingredients must be listed on the label to ensure the safe use of additives.