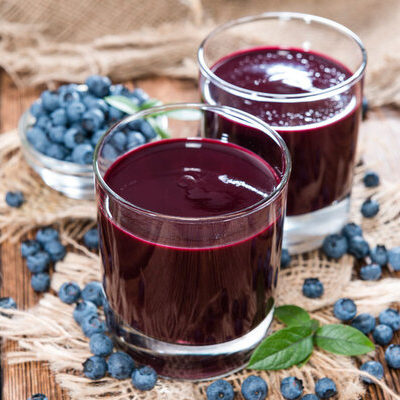 What is Blueberry Juice?

Blueberry juice is a drink made from blueberries (Vaccinium corymbosum) or blueberry concentrate. This fruit is small with its diameter falling between 0.2-0.6 inches. Blueberries can range in color from purple to blue.

The five main types of blueberry grown in the United States include:

Native Americans have been eating blueberries and extracting blueberry juice for centuries. They used blueberry juice to treat several medical conditions and also as a dying agent for clothes. Furthermore, they used dried ground berries as a flavoring substance in meat and their leaves and roots for medicinal purposes. Not long after Europeans arrived in North America, they began cultivating their own blueberry farms. When they returned to Europe, they took the blueberry plant back with them, leading this fruit to become popular there.

In the US, this fruit became a vital source of nutrition over time with people taking care to preserve and can blueberries. There was even a beverage made from blueberries, which served as food for soldiers during the Civil War. Later on, a blueberry canning company sprang up in the Northeastern United States in the 1880s. At the beginning of the 20th century, Elizabeth White and Dr. Fredrick Coville domesticated the common blueberries we know today. This fruit and its juice remain popular in many parts of the globe to this day.

In the kitchen, people use blueberries in smoothies, frozen yogurt, fruit salads, and jams. This fruit is also used to make syrup when mixed with honey and some extra ingredients. Blueberry juice can be used to flavor baked goods and frozen treats like ice cream or popsicles. 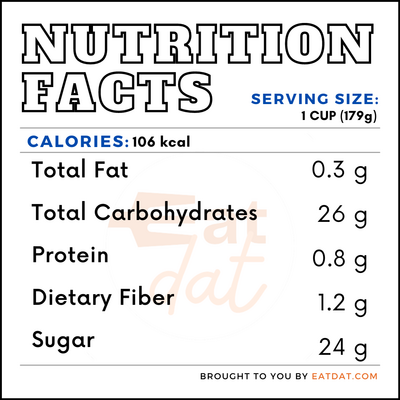 This berry juice has some health benefits. Here are some of them:

However, blueberry juice contains large amounts of salicylate. Salicylate can cause an upset stomach in some individuals. This juice can also affect blood sugar levels. If you are going to have surgery, it would be best to avoid this drink for at least two weeks before the surgery.

The United States is the world’s largest producer of blueberries. The US produced and utilized 690 million pounds of cultivated and wild blueberries. The global market value for blueberries is expected to hit $4.5 billion by 2024, with a growth rate of 6.7% between 2019 and 2024. The commercial production of blueberry juice involves pressing the fruits at an ambient temperature and freezing the juice. Then, the frozen juice is treated with enzymes during reheating before being packaged and labeled for sale.

This fruit juice is easy to make using the steps below:

Homemade blueberry juice can last for two to three days in the refrigerator. Another way to store this juice is to freeze it in a silicone ice cube tray and place it in a ziplock bag in the freezer. In this way, the juice will last for up to 6 months.

These berries lend themselves well to a variety of drinks. Here are five recipes to try:

The Food and Drug Administration classifies blueberries as a raw agricultural commodity and is in control of the planting, harvesting, and holding of blueberries. The FDA has also calculated the labeled percentage of blueberry juice from its concentrate or beverage using the Brix level. The minimum Brix level for 100% blueberry juice is 10.0.