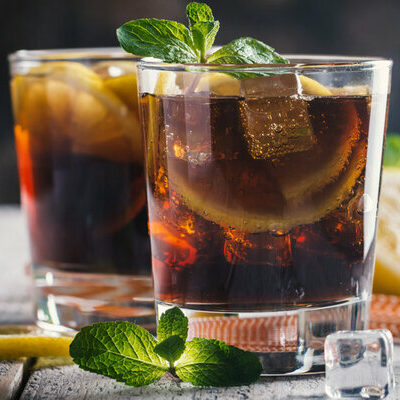 What is a Cuba Libre?

Cuba Libre is a cocktail made with rum, cola, and optionally lime juice. Any type of rum and cola may be used to make this cocktail, but the traditional recipe uses Coca-Cola.

Some of the best rums for preparing Cuba Libre are:

This cocktail is of Cuban origin. One legend has it that the drink was invented to celebrate the independence of Cuba from Spain in the 1920s. Everyone toasted with “por Cuba libre”, which meant “to a free Cuba”, and the name stuck. In the 1960s, the US put a trade embargo on Cuba, which prevented Coca-Cola and other American companies from having a presence in the country. Hence, while most of the world makes Cuba Libre with Coca-Cola, Cubans make it with local brands of cola such as tuKola. 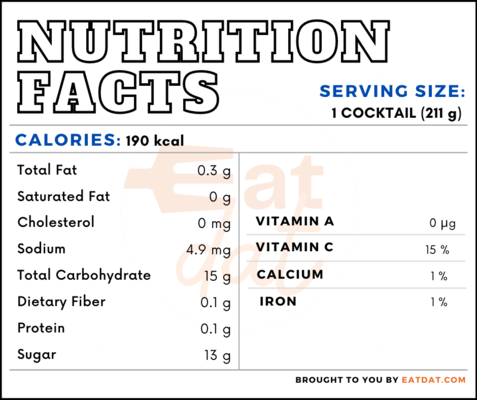 *Percent Daily Values are based on a 2000 calorie diet

Additionally, limes have a high concentration of vitamin C, which keeps the immune system healthy. Other nutrients that limes contain include iron, calcium, vitamin B6, thiamine, and potassium. Also, they provide antibacterial, antioxidant, and phytochemical properties, which are excellent for good health. In addition, lime juice can help protect the heart, liver, bone, as well as prevent urinary diseases.

However, soft drink consumption may lead to obesity and increased risk of diabetes and cardiovascular diseases as well as metabolic syndrome.  Furthermore, overconsumption of alcohol can result in a change in the brain’s functioning patterns, liver cirrhosis, pancreatitis, heart problems, strokes, different types of cancers, as well as affect overall immunity. It is best to consume this drink responsibly and in moderation.

To prepare a Cuba Libre, the ingredients required are rum, cola, and lime juice. First, the glass is filled with ice, rum and lime juice are poured in and stirred. Then, the cola is added at the end. A slice of lime may be served as garnish. The cocktail is served in a highball glass.

This cocktail that goes well when paired with hearty and substantial dishes. Also, it is a good cocktail to be consumed with meat dishes. Though white rum is the traditionally used ingredient, aged rum makes the cocktail more flavorful.  Here are some recipes to try:

Rum is regulated by the TTB and defined as spirit distilled from the fermented juice of sugarcane with less than 95% ABV. It must be bottled at no less than 40% ABV. Additionally, the FDA regulates all fruit juices and citrus juices, including lime juice. It is specified that lime juice must have at least 24.5 percent concentration.