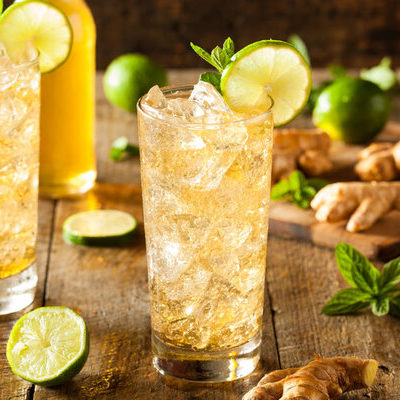 What is Ginger Beer?

Ginger beer is a drink made of ginger, water, and sugar that have been fermented together with yeast. It has a strong, pungent, and spicy flavor, which is good to drink on its own or as a mixer in different cocktails. Some commercial brands sell traditional alcoholic ginger beer, though the alcohol content is around only 11 percent.

Ginger and sugar were introduced to Europe through the spice trade. Most notably, England controlled large sugarcane plantations in the Caribbean, Mauritius, and Sri Lanka. The Brits also controlled Jamaica and its large ginger plantations. Nonetheless, ginger beer was originally created in the 1700s in Yorkshire, England. It was then exported to other countries where there were English immigrants in large numbers, such as the United States, Ireland, Canada, and South Africa.

In the US, though this beer was a popular drink, it was banned during the Prohibition era. It was in response to this that a non-alcoholic version was created, which has now become very popular everywhere. Even some ginger beers made using the fermentation process have less than 5 percent alcohol and are hence classified as non-alcoholic. Early versions were often sold in stone or earthenware bottles to hide the cloudy nature of the drink, which could be unappetizing to some.

A bottle of ginger beer contains: 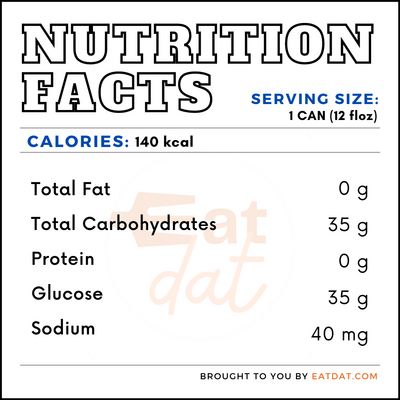 However, this beer also contains large amounts of sugar, which can have detrimental effects when consumed in excess. These range from obesity and diabetes to heart and liver diseases, as well as  cognitive decline. Hence, it is best to consume this in moderation to maximize the health benefits and reduce the bad effects.

Commercially produced products use ginger, water, and sugar as the main ingredients. The first step is to dry the ginger root and grind it into a coarse powder. This is mixed with sugar and water to make ginger wort. When this mixture is heated, the flavors and starches are released, and the latter is broken down into fermentable sugars. Then, yeast is added at this stage for fermentation, after which the ginger beer is stored in large vats and left to mature giving a strong concentrate. Finally, water, sugar and citric acid are added to dilute the concentrate, which is then filtered to get the final drink that is ready for bottling.

This beer can be prepared at home or bought commercially. Homemade beer can be stored for 10 days, if kept in the refrigerator. It is also best to store it in glass bottles since the acid in the liquid can leach if stored in metal or plastic. It is a great drink to use as a mixer in cocktails and mocktails. Here are a few related recipes:

The Food & Drug Administration has strict regulations regarding the content of soft drinks to ensure that they are safe, sanitary, and properly labeled. The FDA classifies ginger as a rarely consumed raw produce and, therefore, does not regulate its growing, harvesting or holding. There are no grade standards for ginger root specified by either FDA or USDA, although Hawaiian grade standards are taken as a guide.