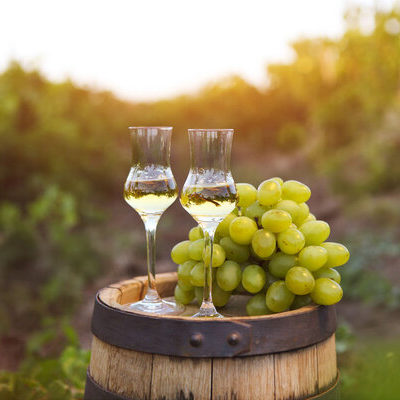 Grappa is an alcoholic beverage, specifically a pomace brandy, crafted from a base of grapes. It is made using the skins, seeds, and leftover stems of grapes from winemaking. It is of Italian origin and has been traditionally produced in northern Italy. The drink is often served as a ‘digestivo’, or after-dinner drink in Italy, as well as in cocktails and sometimes even in coffee.

This beverage was first invented in order to reduce waste during winemaking. While distilled spirits have a long history and origins in medieval Arabia, this alcohol is of Italian origin. It was originally prepared from a mixture of leftover grapes from different places and was usually drunk by poor people. However, in the 1960s, Giannola Nonino decided to produce this drink from a single grape source in a bid to make it of better quality. This quickly became popular and today, it is enjoyed throughout the world. Every year, Italy holds a competition called Alambicco d’Oro for the best version. 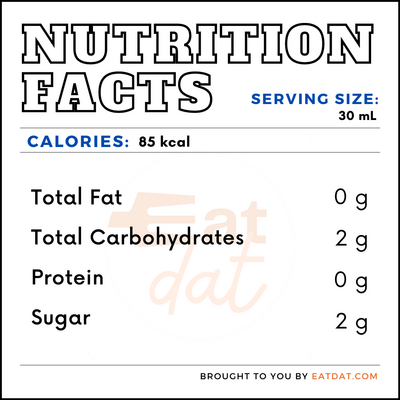 Rich in different antioxidants, this can even provide some health benefits. However, the alcohol content is quite high, and hence it must be consumed in moderation. Overconsumption of alcohol, such as this, can lead to several health problems, including general lowering of immunity, liver cirrhosis, pancreatitis, high blood pressure, stroke, and different types of cancers.

Grappa is made with the skin of the grapes left over from winemaking. The skins already undergo fermentation during winemaking and are then sent over to the distillery to make this beverage. Skins obtained from making white wine are unfermented and, hence, must be fermented before proceeding. These skins, or pomace, have to be fresh to get the best product.

The fermented pomace is placed in copper stills, which are sealed and heated. This results in the separation of the volatile parts of the pomace, thus extracting the alcohol and the aroma. Next, the head and tail of the distilled liquid are removed. The heart of the liquid makes this drink, which is then bottled.

Bottles should always be kept in an upright position. They should be stored in a cool and dark place away from direct sunlight. Opened bottles will gradually lose their aroma, but this can be reduced by sealing them in between use.

This beverage may not be produced in the US or in any other country except Italy, Switzerland, and San Marino, according to the European Union regulations. Additionally, it must be made from pomace in order to be considered grappa and there should be no water added to the mix.

How Grappa is Made, Local Aromas
https://www.localaromas.com/how-grappa-is-made/