What is Japanese Highball?

A Japanese highball is a cocktail consisting of soda, Japanese whiskey, ice, and garnished with a citrus peel. Highball refers to a family of cocktails and its name likely comes from “ball” which means having fun or “drinking whiskey” and “high” because these drinks are served in tall glasses. This alcoholic beverage is popular in Japan, as many feel it strikes the right balance between liquor and a cool carbonated drink.

According to Esquire, the top 10 best Japanese whiskey brands are:

This cocktail first rose to fame in the 1950s. This cocktail was mainly enjoyed by businessmen with extra money to spend between the 1960s and 1970s. However, this drink fell out of favor for many years, as locals preferred readymade alcoholic beverages they could buy in stores. Around 2008, whisky brands began trying new and different marketing campaigns to boost the success of the Japanese highball. In 2009, the whisky brand Suntory debuted the canned version of the highball, which became very popular and began the current Japanese highball craze.

These cocktails are often considered healthier than most as they are low-carb and low in sugar. A Japanese highball can contain: 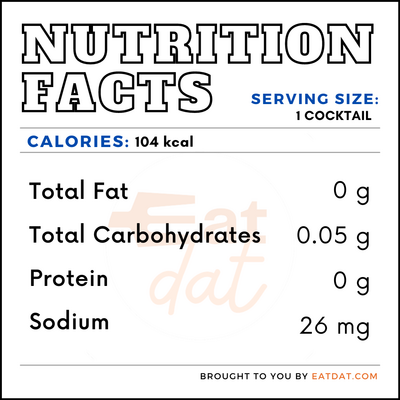 Since they also have less alcohol, this cocktail makes it easier to drink responsibly and in moderation. Also, whiskey provides health benefits such as helping fight cancer, reducing the risk of heart disease, and helping with cold symptoms when consumed in the right doses. However, the overconsumption of alcohol can lead to impairment of nutrient digestion, decreased cell function, liver disease, pancreatitis, impaired brain function, and birth defects.

It’s possible to purchase premixed Japanese highballs, which are mainly produced by the whiskey brand Suntory. Initially, they were sold as premixed drinks for bartenders to use, but later the brand released the canned highball to attract younger drinkers and these can be found in supermarkets and vending machines across the country. The commercial production of this drink involves adding the right amount of whiskey to soda and a dash of lemon flavoring. The highball is then sealed in a can to maintain its carbonation and stored until ready to be sold.

When storing soda, it’s best to ensure that the lid is screwed on properly and the container is tightly sealed. It should also be kept in the dark, away from light at a temperature between 35°- 54°F. As for whiskey, the best way to store this spirit is to keep it in a cool place away from light and heat. The bottle should be stored upright to keep the cork from drying out and crumbling when you open it. An unopened bottle of whiskey can last for an indefinite amount of time, although quality and flavor will depend on the manufacturer. If the bottle is opened but more than half full, it can last about five years, whereas if it’s less than half full, the shelf-life will decrease to one to two years.

This alcoholic beverage is a Japanese classic everyone should try. Here are some recipes:

The Food & Drug Administration regulates soda to ensure that these beverages are safe to consume and accurately labeled. Companies producing these soft drinks must only use additives approved by the FDA and indicate any contact substances. The FDA repealed the standard of identity for soda in 1995 because they felt that other regulations in place were adequate. The TTB (Alcohol and Tobacco Tax and Trade Bureau) defines whiskey is that it is a distilled spirit made from a fermented mash of grain with less than 95% ABV and more than 40% ABV. If the spirit is not produced in the US, its country of origin must be marked on the label.