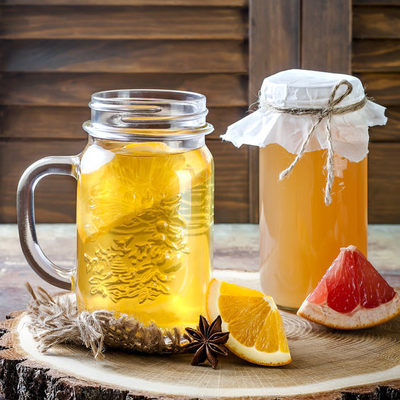 Kombucha is a fermented drink also known as mushroom tea, tea fungus, or Manchurian mushroom. This fizzy beverage is slightly alcoholic but is widely consumed for its probiotic and health benefits. It is made using water, tea, sugar, and a yeast colony.

The top 10 kombucha brands to drink, according to Women’s Health Magazine are:

In 414 BC a Korean doctor named Kombu brought this tea to Japan to heal the Emperor Inkyo. Later, kombucha was consumed during the Qin Dynasty (221 BC) in the Manchurian region of China, and was referred to as “The Remedy for Immortality.” This beverage was popular in Asia for centuries and as trade expanded it was eventually brought to Europe. Tea was particularly popular in Russia as it was used to treat minor ailments in the 1900s. The production in Europe would later dwindle during WWI due to a lack of tea for fermenting.

In the 1960s, it regained popularity in Switzerland as its health benefits properties were likened to those of yogurt. In the United States, the consumption of this drink soared during the 1980s AIDS/HIV crisis. Many believed that drinking this would support compromised immune systems and boost their T-cell count. In 1995, this drink became unpopular after the Center for Disease Control and Prevention linked it to severe cases of metabolic acidosis. Since then, food safety measures have been taken and awareness has grown about this probiotic drink and other fermented foods.

This drink is known for improving gut health due to its powerful probiotics and B-complex vitamins such as thiamin and niacin. While its nutritional values vary according to the recipe, it is low-sodium, low-calorie, and low-fat. The tea used to make one can also add extra health benefits. Oce cup of this beverage can have: 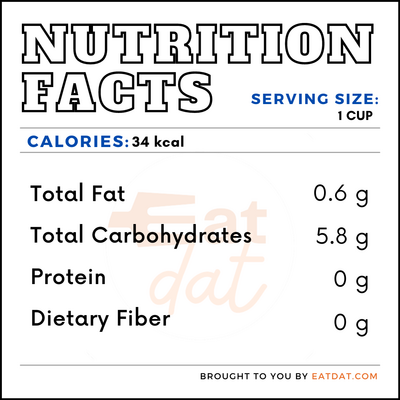 The commercial process of brewing this drink begins with filtering water that is later steeped with tea. This tea is flavored with cold-pressed fruits and vegetables and sweetened with sugar. After that, the SCOBY (symbiotic colony of bacteria and yeast) is added to the mixture to begin the fermentation process. The SCOBY consumes the sugar and makes this drink fizzy while creating natural probiotics. Finally, it is bottled, capped, labeled, packaged, and refrigerated until sold.

Known for its probiotic goodness, this beverage can be made at home or purchased in many stores. However, unless you refrigerate your kombucha it will continue to ferment which can affect its taste and function. No matter whether you crafted it yourself or bought it, this fermented drink should be kept cool until it’s ready to be consumed. You can store it in the fridge or an icebox for long journeys. While this drink has a long shelf life, it’s best to treat it like milk so you can enjoy it with its best flavor and function.

This fermented drink is enjoyed by people of all kinds. Here are some popular recipes.

The Food & Drug Administration would classify this drink as a specialized process. Anyone commercially producing this would need to submit a food safety plan to the FDA. This regulation likely came as a result of the Center for Disease Control’s concern that kombucha was causing severe illnesses. Both operators and regulators are to use this food safety plan to ensure that this beverage is safe and healthy to consume.