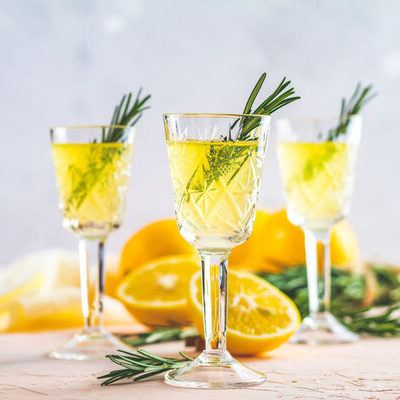 Limoncello is a lemon liqueur mainly produced in southern Italy, although it is also referred to as limoncino in northern Italy. It has a bright yellow color and has a cloudy, opaque appearance due to the suspension of lemon oil droplets in the liqueur.

The most popular limoncello brands are:

The invention is originally credited to Maria Antonia Farace, the owner of a small hotel in Capri to which a lemon orchard was attached. She made limoncello as a house special to offer her guests in the early 1900s. After the Great War, her grandson opened a restaurant nearby and was presented with the recipe, which became very popular. However, it was his son, Massimo Canale, who first registered the trademark in 1988. Following the success of this drink, other similar fruity liqueurs have also become popular, such as arancello (orange), fragoncello (strawberry), meloncello (melon), nocino (green walnut), and pistachiocello (pistachio). Crema di limoncello is another derivative which uses milk in the recipe.

Lemon liqueur is devoid of nutrients except for a tiny amount of vitamin C, which is derived from the lemons in it. One shot of the liqueur has about: 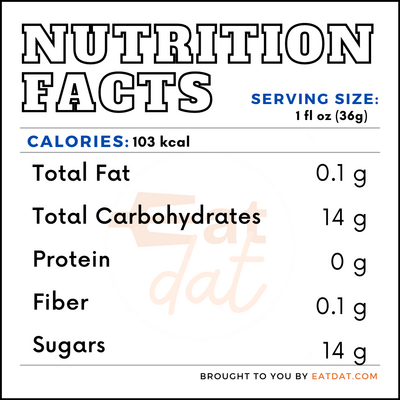 The sweet taste of the liqueur might also mask the alcohol content and may encourage overconsumption of alcohol.

This alcohol must be produced from Sorrento lemons, which are usually grown in southern Italy on the Sorrentine Peninsula and the Amalfi Coast. However, it may also be produced in northern Italy. Since the production is not strictly regulated or geographically protected, it can also be produced in other countries. Nonetheless, organic lemons are preferred for production.

The liqueur is made by steeping lemon zest in a base distilled spirit until the oils are fully released and mix with the alcohol, providing a distinct lemon flavor to the liqueur. The mixture is blended with a sugar syrup to make it sweet. Some brands also clarify the liqueur. This beverage does not require refrigeration. It can be stored in a cool, dark place along with other liqueurs. However, it is advised to chill it in the fridge before serving.

Lemon liqueur is traditionally served chilled without ice in small ceramic glasses. However, nowadays, it is also used extensively in cocktails and cooking. Here are a few popular recipes:

In the United States, limoncello is produced using California lemons, since Sorrento lemons are designated as PGI or Protected Geographical Indication, and can only be produced in Italy. The liqueur is regulated by the TTB in the US. The TTB defines liqueurs as a “flavored spirits product containing not less than 2 1⁄2% by weight sugar, dextrose, levulose or a combination thereof made by mixing or redistilling any class or type of spirits with or over fruits, flowers, plants or pure juices therefrom or other natural flavoring materials or with extracts derived from infusions, percolation or maceration of such materials.”

What Is Limoncello & How To Drink Italian Limoncello, Bespoke Unit – A Guide to Dapper Life
https://bespokeunit.com/spirits/limoncello/