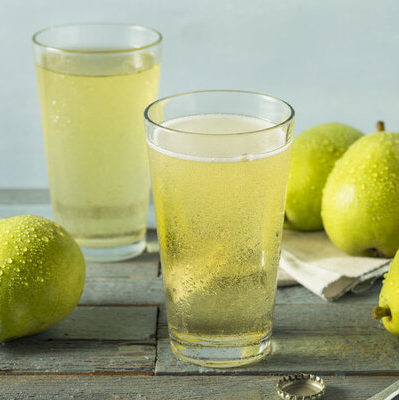 Perry is an alcoholic drink produced from the fermentation of pears. It has a sweet taste with a little degree of tartness and a tannic quality, although perry hardly tastes like pears. This beverage is not the same as pear cider.

Some of common varieties of perry include:

This drink has its origin in the West Midland counties of Worcestershire, Herefordshire, and Gloucestershire in the UK. These regions had many varieties of inedible pear and in the 15th century, when agricultural families across the West Midlands began to use these pears to make perry. However, this drink lost its popularity in the early 20th century. This was due to the fact that people neglected pear orchards and even forgot the names of several varieties. In the 1990s, perry production began to thrive again.

In the kitchen, this drink is usually served with cream-based desserts. People also consume this drink with pork, poultry, and vegetables. Additionally, this beverage can serve as a base for sauces and as an ingredient in jellies.

In 9.35 oz serving of Samuel Smith’s perry, there are: 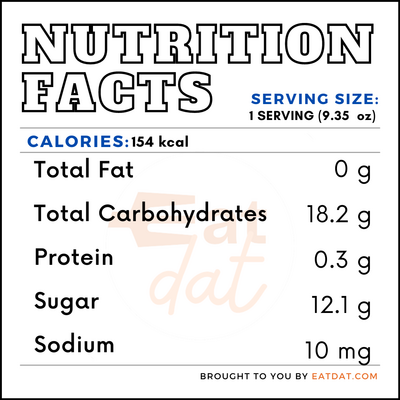 This drink contains some amount of alcohol. Therefore, it can benefit the body in certain ways, if consumed moderately. Some of these health benefits are given below:

Nonetheless, it is vital not to consume this beverage in excess quantities. Excessive alcohol consumption can boost your risk of developing certain types of cancer, stroke, liver disease, and alcohol withdrawal syndrome.

The pear varieties used for this drink’s production grow best in deep loam soils. They also germinate well on clay and sandy soils, although they don’t need much pruning, feeding, or nitrogen application. Once the pears mature, they are squeezed and pressed to remove the juice. The fruits have to be mature to minimize tannin levels. The main procedure is to subject the extracted juice to cultivated or wild yeasts to allow for fermentation, which turns the juice into perry.

This drink has an alcohol by volume content of 4% to 8%.  To avoid spoilage, this alcoholic beverage should always be kept in full airtight containers. Additionally, it is best to store this beverage in a cool, dry place and follow the drink’s expiry date.

This beverage can be enjoyed in a variety of cocktails. Here are some popular recipes:

The Food and Drug Administration classifies the pear as a raw agricultural product, and regulates the growing, harvesting, and holding of this fruit. Pear is also one of the 20 most frequently consumed raw fruits in the United States. Furthermore, the body has a standard of identity for canned pears. Canned pear is defined as the food primarily prepared from one of the fresh or previously canned optional pear ingredients (Pyrus communis or Pyrus Sinensis) that the organization specifies. Pear is a primary ingredient used in the production of perry.

However, it is the Alcohol and Tobacco Tax and Trade Bureau (TTB) that regulates alcoholic beverages. According to the TTB, perry is a fruit wine wholly produced by the normal alcoholic fermentation of the juice of sound, ripe pears. The three laws under TTB jurisdiction that govern the manufacturing of this drink and its related products are: Alcoholic Beverage Labeling Act, Internal Revenue Code, and Federal Alcohol Administration Act.

“Alcohol in Moderation: How Many Drinks Is That?” Mayo Clinic, Mayo Foundation for Medical Education and Research, 26 Oct. 2019, www.mayoclinic.org/healthy-lifestyle/nutrition-and-healthy-eating/in-depth/alcohol/art-20044551.