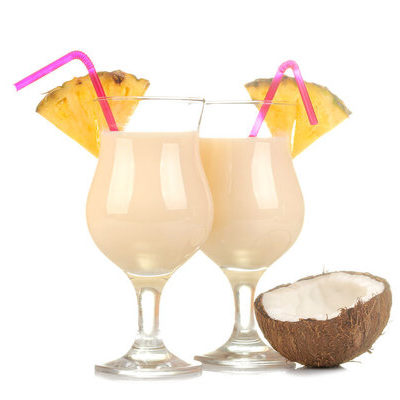 What is a Piña Colada?

A piña colada is a rum-based cocktail made with white rum, coconut cream or milk, and pineapple juice. The name of the cocktail directly translates to ‘strained pineapple’. Research has found that piña coladas taste better in the sun or in summer.

The basic cocktail can also have several variations, including:

The cocktail originated in San Juan, Puerto Rico in 1954. The most popular story states that it was invented by bartender Ramon Marrero of the Caribe Hilton Hotel in San Juan. Another bartender from the same hotel, Ricardo Garcia, also lays claim to the invention of the piña colada due to a coconut shortage.

A third story credits the invention of the drink to Restaurant Barrachina. Legend has it that the restaurant owner hired a Spanish mixologist named Ramon Portas Mingot, who invented the drink. This story sets the date for the creation of the piña colada in 1963. Regardless of its origin, this cocktail became so popular that Puerto Rico named the piña colada its national drink in 1978. 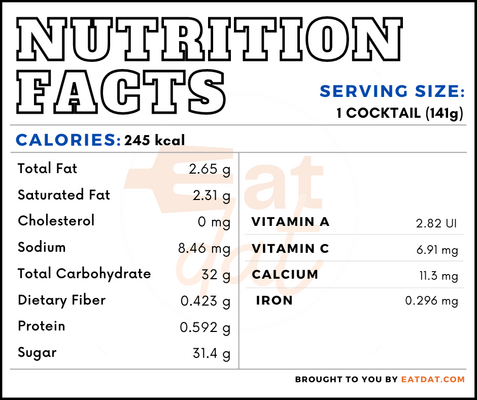 Pineapple juice contains many of the nutrients necessary for the human body, such as vitamins B6 and C, as well as manganese, potassium, magnesium, copper, and folate. Pineapple juice also has polyphenolic compounds, which offer protection against cancer, cardiovascular disease, diabetes, osteoporosis, and neurodegenerative diseases. The other main ingredient in this drink, coconut cream, is rich in healthy fats. It also contains niacin, vitamin C, iron, magnesium, zinc, copper, and phosphorus. Furthermore, it is good for gut health and for maintaining healthy hair and skin.

However, because of the inclusion of rum, piña coladas should be consumed responsibly. Rum has an alcohol content of 38%, which is quite high. Overconsumption of alcohol can lead to several health problems, including affecting the brain’s functioning patterns and general lowering of immunity. Liver cirrhosis, pancreatitis, high blood pressure, stroke, and different types of cancers can also be caused by the excess consumption of alcohol.

Piña colada mixers may be sold in supermarkets, but this drink is mostly ordered in bars and restaurants throughout the world. Bartenders use white rum, coconut cream, pineapple juice, and lime juice to prepare this cocktail. All the ingredients are added into a shaker. Then, ice is also added, and the mixture is shaken vigorously for 30 seconds. Piña coladas are served in a hurricane glass over pebbled ice and garnished with a pineapple wedge and a pineapple leaf.

Best practices include using fresh pineapple juice, good quality sugar, and preservative-free coconut cream, as well as crushed ice instead of cubed ice. Purists also claim that lime juice must not be added to the mix.

This cocktail is quite versatile. By adding a few ingredients, it can be modified to become a completely different drink. Here are a few innovative cocktail recipes inspired by piña coladas.

The FDA defines pineapple juice as the juice obtained from the flesh of ripe pineapples, which is intended for direct consumption. The juice must be devoid of any solid material such as shells, seeds, or other hard substances, or excessive pulp and must have at least a 12.8 percent concentration. Coconut cream is regulated by the FDA under the generally recognized as safe category. Rum is regulated by the TTB and defined as a spirit distilled from the fermented juice of sugarcane with less than 95% ABV. It must be bottled at no less than 40% ABV.