What is Plum Juice?

Plum juice is the liquid extract from the plum fruit, which people commonly make and consume in their homes. Plum juice is extracted from fresh plums while prune juice is from naturally dried plums. This plum fruit’s color can be:

The significant difference between plum juice and prune juice is the way they are made. In 2016, the US generated 135,000 tons of fresh plums from 18,700 acres of land for a total value of $109 million worth of plums.

Some common ways to use this nutritious juice are in:

There are many known species of plums and, therefore, many places of origin for this fruit scattered across the globe. The cultivation of plums began before that of any other fruit, excluding the apple. The earliest scientific sources say that plums originated in China in 470 BC. The Japanese plum also has its origin in China, not Japan. At least two to four centuries ago, this fruit made its entry into Japan and from there spread all over the world.

Sources say that people may have discovered European plums 2,000 years ago near Western Asia or Eastern Europe. The remains of plums have been discovered in ancient sites together with figs, grapes, and olives. Ancient Romans even refer to 300 varieties of European plums in their texts. In the 1700s, pilgrims brought European plums to the United States, which now has its own plum variety.  Today, the plum fruit is usually eaten fresh, canned, dehydrated, or juiced.

In 499g serving of  juice, you can expect the following nutritional content: 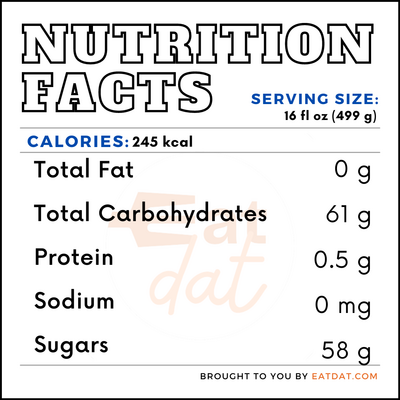 This fruit juice is rich and nutritious. This juice can offer the following health benefits:

This fruit juice may also have its side effects. Consult your physician to know if it’s safe for you to consume this juice.

The large-scale production of this juice is very rare. The high percentage of pectin in plums makes it hard to use to craft cloudy juices, although it is possible. It is also feasible to produce plum juice with small scale equipment. The saturation of plum pulp with enzymes has proven to be a more effective way to press the pulp. However, this premise lies on the basis that the overall quality of the juice should be intact.

Plum juice is easy to make. Simply follow these steps:

It is possible to store this juice for two to three days under the right conditions. However, this sweet juice begins to undergo oxidation as soon as it is made. Sunlight and oxygen can increase the rate of this degradation. So, it’s best to store your plum juice in an airtight container inside the refrigerator.

Plum juice brings a world of flavor to many dishes. Here are a few recipes:

The Food and Drug Administration classifies plum as a raw agricultural commodity. The body is responsible for every aspect of its growing, harvesting, and packing. It also has a standard of identity for canned plums and defines them as food prepared from clean and mature fruits of specific plum species. Their guideline states the suitable and safe ingredients that canned plums can contain. The FDA also recommends fruit juice and water as the appropriate packing media for plum juice. There are also regulations concerning how the product should be labeled and produced.