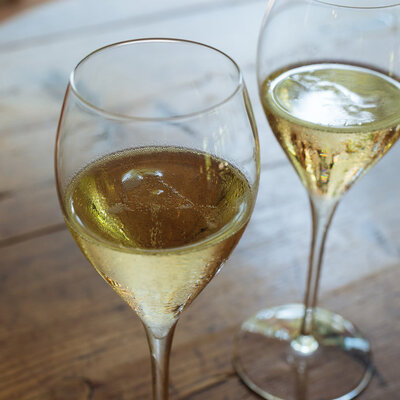 Prosecco is a type of wine that is produced in Italy in the Veneto and Friuli Venezia Giulia regions. It is a sparkling or semi-sparkling white wine and is named after the Prosecco village in Trieste. This wine is made from the Glera grape, which was previously also known as the Prosecco grape, and was originally from Slovenia.

Some top-rated Prosecco brands include:

Prosecco has its origins in Northeastern Italy. The Glera grape that is used for producing this wine is of Slovenian origin. When brought to Italy, it was first cultivated in a village called Prosecco in Trieste, and hence the name. The first written mention of this grape and wine comes from a poem written in 1754 by Aureliano Acanti. Some historians trace this sparkling wine back to Roman times, during which it may be called Pucino, and was considered a delicacy. 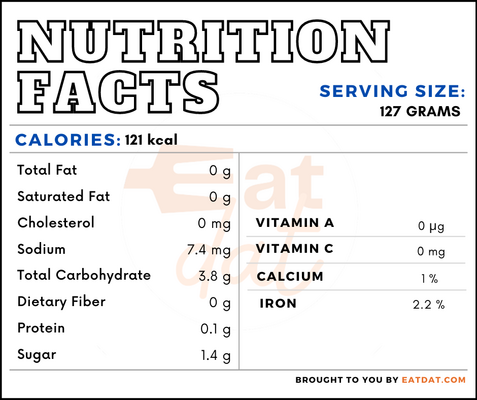 *Percent Daily Values are based on a 2000 calorie diet.

Prosecco is a white wine, which has some beneficial effects on health. It can help in lowering postprandial triglyceride concentrations and reducing the risk of atherosclerosis. Though not as beneficial as red wine, white wine has some benefits with respect to lowering of LDL. Similarly, white wine contains some polyphenols in the form of resveratrol, anthocyanins (ANC), catechins, and tannins.

This sparkling wine is made from the Glera grape, which accounts for at least 85 percent of the grapes. Other grapes or a blend of other grapes may be used for the remaining 15 percent.

First, the grapes are gently pressed to extract juice from the core of the fruit. Then, the liquid is left to settle in stainless steel tanks for about 12 hours. After that, natural yeast is added and the liquid starts to ferment, which takes about 15 to 20 days. Next, sugar and yeast are added and the wine goes a second fermentation, trapping the gases which then produce the bubbles. This method of wine production is known as the Charmat Method, and was developed by Eugène Charmat in 1907.

It is best to drink Prosecco chilled, since it sharpens the flavor. Tulip or champagne flute glasses are preferable as they allow the bubbles in the wine to be retained longer. Also, these wines do well in cocktails. Prosecco is a great drink for an aperitif as well as with the main meal. It works well with white meat or even spicy dishes. Here are a few recipes:

Prosecco is classified as a white wine and defined as wine produced by the normal alcoholic fermentation of the juice of sound, ripe grapes. White wine is identified by color. However, there is no standard of identity for this wine at this time.

Prosecco is also recognized as a product of Italy and was granted the geographical indication tag by the European Union in 2009. This is currently under dispute from Australia, which also produces wines marketed as prosecco.

What is Prosecco Wine – The Ultimate Guide, Girls Drink Wine Too, https://girlsdrinkwinetoo.com/what-is-prosecco-wine/