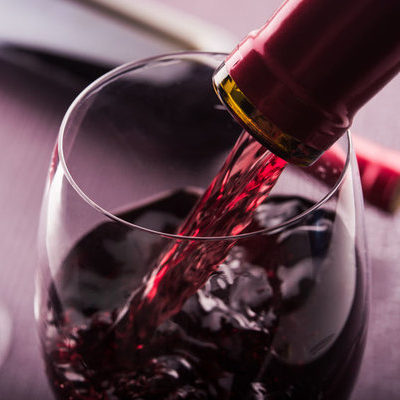 What is Red Wine?

Red wine is a type of wine made from fermented red grape juice. Brewers ferment red grapes using yeast which consumes the sugar in the juice and creates alcohol.

Italy is the biggest producer of wine in the world, followed by France and Spain. In 2018, the worldwide wine market produced 292.3 million hectolitres of this alcoholic beverage.

According to Taste Atlas, the top 10 most popular red wines in the world are:

Ancient tribes in China began fermenting drinks sometime between 7,000 BC – 6,500 BC. These fermented drinks were crafted from fruit, rice, and honey. The oldest known winery was discovered in Armenia and had ancient winemaking vessels dating back to 4,100 BC. Evidence shows that Egyptians also consumed wine as it was stored in the tombs of pharaohs. Traders from Phoenecia later transported wine and grapevines to the Mediterranean where they became very popular.

Wine developed into an industry due to the Romans’ attempts to produce higher quality beverages between 2,000 BC – 3,000 BC. During this time, it is believed that the red wine variety Pinot Noir was first created. Winemaking was kept alive by the church for its religious ceremonies and masses after the Roman Empire fell. Bordeaux red wine was first exported from Bordeaux, France to England in the year 1000. Later varieties such as Chianti and Sangiovese were developed in Italy during the 15th century. Today, Europe remains the biggest producer of red wine, although some American states also produce plenty of wine.

Red wine is often used in the kitchen to add complexity and flavor to dishes. As wine is a liquid, it’s vital to remember that it will evaporate and leave behind only its flavor. It’s recommendable to approach cooking with wine with a less is more attitude. Additionally, this wine should be allowed to simmer for the food or dish to fully absorb its flavor.

Red wine is known for being a heart-healthy beverage in moderate doses. This is because it contains antioxidants such as quercetin and resveratrol which are present in the grape’s skin. A 180 oz glass of red wine contains: 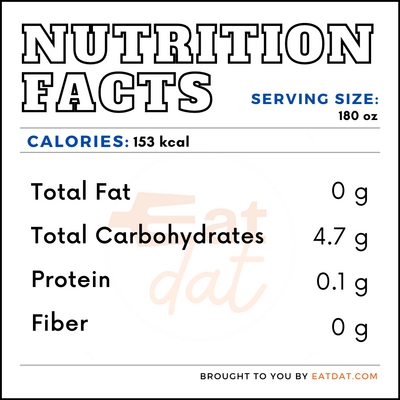 As always, alcoholic drinks should be consumed responsibly to avoid weight gain, liver problems, and other health issues.

The state of California produces the majority of wine made in the United States. Commercial production of wine always begins with growing the right grapes. Freshly picked grapes are then placed inside of a crusher, and later a machine called a presser which squeezes out their juice. After that, the juice is filtered and stored in tanks where winemakers add yeast to begin the fermentation process. Once fermented, the wine is stored for a few months after which it is filtered, bottled, and kept in a cool place until sold.

Wines often taste better with age, but some red wines age differently. Therefore, storing this wine correctly will ensure that it lasts long enough to be fully enjoyed. Red wines should always be kept consistently cool at 45° F to 65° F (7.2 to 18.3oC) and far away from heat. It’s best to avoid big changes in temperature and exposing this wine to too much light. A 70% humidity level is best as this will keep corks from drying out and the wine from aging too fast.

Wine can be consumed as-is or added to recipes to give them a deeper flavor. Here are some popular recipes:

The Food & Drug Administration regulates the bottling, packaging, and labeling of wine. However, it is The Bureau of Alcohol, Tobacco, and Firearms that is in charge of inspecting and enforcing these regulations. The FDA also has regulations for dealcoholized wine which dictates the exact protocol for labeling these beverages.