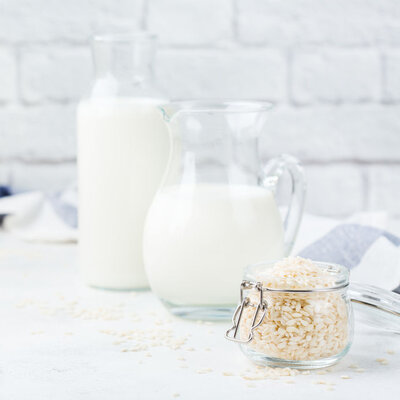 What is Rice Milk?

Rice milk is a plant-based alternative to cow’s milk made by processing white or brown rice. Sometimes, it is sweetened and flavored with vanilla extract, sweeteners, and other flavorings. Rice milk is mildly foamy, watery, and is lighter than cow’s milk.

The top rice milk brands on the market are:

There is no consensus on the origin of this milk, although it is likely a 20th-century invention. However, records exist of it being sold in the 19th century in London, though this beverage may have had milk added to it.  An older version of this beverage may be the Mexican horchata, a drink made of white rice, water, and cinnamon but its origin lies in a barley drink called hordeata that was popular during the Roman Empire. Nonetheless, by 1921, Vita Rice had opened a factory in the US to produce rice milk. Later on, Rice Dream launched a tetra pack version of this beverage in 1990, making it more readily accessible.

The nutritional value for one cup of rice milk: 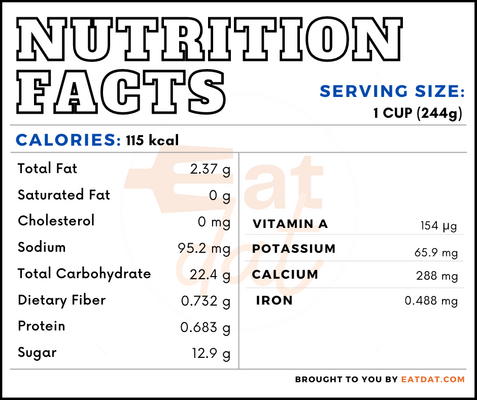 Thy type of milk has more carbohydrates than any other type of milk alternative, as well as very little healthy fats and proteins. However, it does have minute amounts of nutrients like calcium, iron, magnesium, phosphorus, potassium, and zinc, though not as much as some other kinds of milk. This milk also has decent levels of thiamin and niacin. Regardless, this milk is lacking in nutrients and research has shown that regular consumption without proper care can result in malnutrition, especially in infants. Some rice milk also has an arsenic content that exceeds the WHO stipulations for drinking water by 70%.

As this milk is lactose-free, it is a good choice for lactose-intolerant people. Since around 65% of the human race is lactose intolerant, it is a helpful alternative. It is also a good milk alternative for people who are prone to allergies.

When commercially produced, this milk frequently has added sweeteners and flavoring. To prepare this beverage, the rice is soaked in water and treated with enzymes to obtain simple sugars. The rice is ground and strained to remove particles and then, emulsifiers are added to enhance binding. Finally, this rice milk is then homogenized and bottled for use. It is usually fortified to overcome its lack of nutrients.

In 2016, the product’s market in the US reached $140 million and was slated to increase up to $240 million by 2024. The major players in production and consumption are: China, Japan, India, South Korea, Germany, the UK, France, Italy, the US, Canada, as well as some South American, Middle Eastern, and African countries.

An opened pack of this milk can be refrigerated for around 7 to 10 days. However, freshly made milk needs to be consumed within 4 days. It is best to keep this milk in an airtight container.

This type of milk can be easily prepared at home with just brown rice and water. First, dry roast the rice. Then, place 1 cup of rice into 4 cups of water and blend until smooth. After, you can use a cheesecloth to strain out the particles. Finally, add flavorings such as vanilla and chocolate to suit your taste.

Here are some recipes that can be made using this milk:

The FDA doesn’t classify this milk as ‘milk’, since only the lacteal secretion from cows can be labeled as such. Serious attempts have been made by the FDA to rule out any non-dairy product as milk, which has left alternative milk products, including rice milk, undefined and unclear. Enriched rice is regulated by the FDA, which specifies how the product may be fortified. Additionally, the USDA sets the standards and grades for milled rice, and defines it as whole or broken kernels of rice from which the hulls and at least the outer bran layers have been removed.