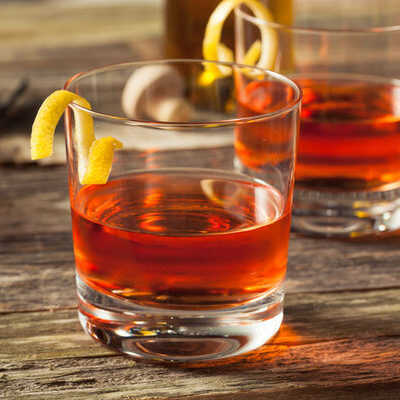 What is Rye Whiskey?

Rye whiskey is a distilled alcoholic drink of American origin made from fermented rye and aged in oak barrels. Whiskey contains no additional flavors and must take the flavors of the barrel. This type of whiskey has a much spicier profile than other types. Canadian whiskey is also called rye whiskey, though it does not contain any rye.

Some of the most popular rye whiskey brands include:

Whiskey comes from the Gaelic word ‘uisge beatha’, which means water of life. While distilled spirits have a long history and origins in medieval Arabia, the type of distilled alcohol that defines a whiskey today originated in Ireland or Scotland. Irish immigrants to America brought along their whiskey distilling knowledge with them and rye whiskey originated in North America. Originally, whiskey in Europe was made from barley but rye was more adaptable to the Americas and so, immigrants began to use rye instead in their whiskey-making.

The nutritional value for one shot of rye whiskey: 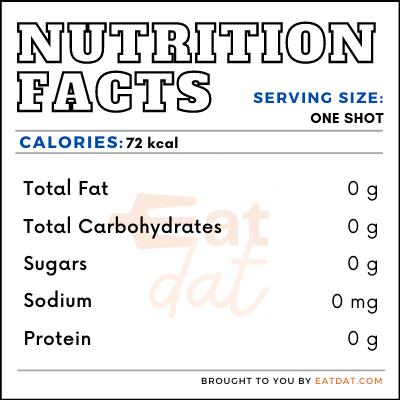 Because whiskey is distilled in copper stills, it contains copper, which helps in the creation of red blood cells, absorbs iron, boosts the immune system, and protects cells. Furthemore, it prevents the onset of anemia and osteoporosis. Whiskey also contains antioxidants, which help in preventing heart diseases. Not to mention, this drink controls urate levels by promoting excretion of urate through urine. This can prevent gout and other uric acid diseases.

However, it is not recommended to drink this whiskey on a regular basis. Overconsumption can lead to several health problems, including affecting the brain’s functioning patterns and general lowering of immunity. Liver cirrhosis, pancreatitis, high blood pressure, stroke, and different types of cancers are also resultant from drinking whiskey excessively. The recommended intake for whiskey is 2 standard drinks a day for women and 3 for men, wherein a standard drink is 2 tbsp (30 ml). Men should not exceed more than 15 drinks a week and women should limit their intake to 10.

Whiskey is always produced commercially since there are plenty of regulations governing its production. It requires three basic ingredients: rye, water, and yeast. Whiskey production has five major steps:

This whiskey is used extensively in cocktails, as well as in different recipes. Here are a few recipes that use this type of whiskey:

Whiskey does not fall under FDA regulations in the US, unless it is an artisanal product. Instead, all whiskey production has to comply with the TTB (Alcohol and Tobacco Tax and Trade Bureau) requirements. This whiskey is defined as whiskey made from a mash of at least 51 percent rye and aged in charred new oak barrels.