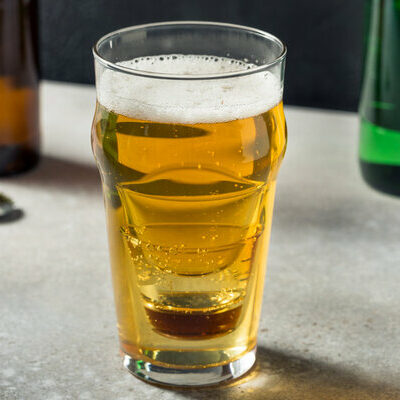 What is a Soju Bomb?

Soju bomb is a cocktail made of soju and beer that is popular in South Korea. It falls under the poktanju variety of cocktails. Though soju is often consumed on its own, it is used to make a variety of cocktails, of which soju bomb is the most popular. Sometimes Coke may be added to this drink to spice it up a little. Soju bomb has a light brown color and has a smooth and mildly sweetish taste.

Some of the best soju brands to make Soju Bombs are:

Soju has been a popular and traditional Korean drink for centuries. In fact, this beverage is regarded as the national drink of South Korea. However, the alcohol content of this beverage has become less and less over the years. Some attribute this to a trend during the 1990s, when people wanted to consume less alcoholic drinks. It is believed that office workers created the soju bomb, and it is still a popular workplace drink in the country. These days, soju cocktails are slowly but surely increasing in popularity across the globe. 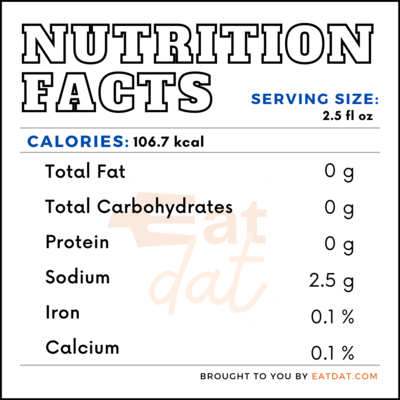 *Percent Daily Values are based on a 2000 calorie diet.

Soju is high in alcohol content and overconsumption of this alcohol may lead to higher risk of gastric cancer. Like with any other alcoholic drink, overconsumption can result in a change in the brain’s functioning patterns, liver cirrhosis, pancreatitis, heart problems, strokes, different types of cancers, as well as affect overall immunity. It is best to consume this cocktail responsibly and in moderation.

To prepare a soju bomb, the main ingredients required are soju and beer. Light Korean beers such as Cass Fresh or Hite are the most popular choices for this cocktail. The best ratio for this drink is 3:7 of soju to beer. First, the beer is poured into the glass and the soju is poured into a separate glass in a 7:3 ratio. Then, the soju is dropped into the beer. This cocktail is served in a special somaek glass, which has the ratios already marked in.

Somaeks are an integral part of Korean drinking culture. Enthusiasts often try to gulp down the whole glass in one go, which is known as hole-in-one. Finishing the glass in two gulps is called an eagle, three gulps is a birdie, four gulps a par. Bets are offered on this on party occasions. Here are some popular recipes to try:

Alcohol is regulated by the TTB (Alcohol and Tobacco Tax and Trade Bureau) unless it is an artisanal product, in which case it is regulated by the FDA. There are strict regulations regarding the governing of any type of distilled liquors. The proper class and type designation is yet to be defined for soju. Andong Soju and Gyeong-ju Soju have been granted recognition as distinctive products of South Korea.

Beer is defined as beer, ale, porter, stout and other similar fermented beverages (including sake and similar products) containing one-half of one percent or more of alcohol by volume, brewed or produced from malt or from substitutes for malt. Only rice, grain of any kind, bran, glucose, sugar, and molasses are considered to be substitutes for malt.