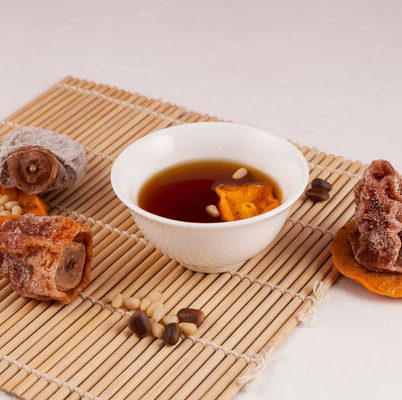 Sujeonggwa is a Korean punch prepared by boiling ginger and cinnamon until their flavors permeate the water. The punch is sweet and has a strong taste of cinnamon and ginger. Traditionally, it was paired with dried persimmon, softened in the drink itself. This punch is often served as a dessert after meals, and is a popular winter drink.

The top 20 most popular Korean drinks are:

Koreans have a strong culture of drinking infusions made of spices, herbs, and fruits. Sujeonggwa has a rich history dating back to the Joseon dynasty (1392-1897) of Korea. It was originally called a hwachae, a jeonggwan served with broth. The first mention of this punch dates back to 1849 in a book called the Dongguksesigi written by Hong Seok Mo.

However, the first use of cinnamon in sujeonggwa was a recent phenomenon and was first recorded in 1913. Nowadays, the drink may also be served with pine nuts and dried jujube. Sujeonggwa is often made for and consumed during festivals, such as Chuseok and Seollal.

A single serving of sujeonggwa has around 110 calories. The nutritional profile for sujeonggwa is: 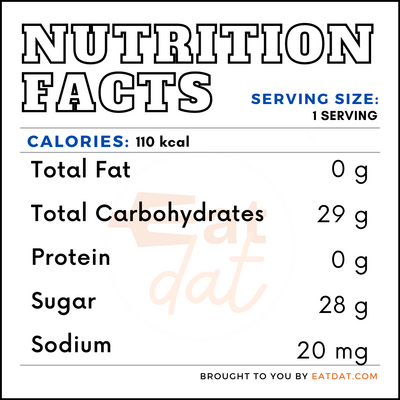 Also, it may have amounts of sodium, potassium, calcium, iron, vitamins A & C. The cinnamon provides protection against neurological disorders such as Parkinson’s and Alzheimer’s diseases, cardiovascular diseases, cancer, and diabetes.

Ginger is rich in B vitamins, such as B2, B3, B6, & B9, as well as vitamin C, iron, potassium, magnesium, phosphorus, and zinc. Also, it is a good source of fiber and protein. According to some research, ginger has been proved to contain properties that ease nausea and vomiting and improve gastrointestinal function. Additionally, it eases pain and possesses anti-inflammatory and antioxidant properties. Furthermore, it may also protect against colorectal cancer and heart diseases.

Sujeonggwa is a popular drink served in all Korean cafés and restaurants. First, the ginger and cinnamon are boiled separately until all the juice is extracted from them. Then, the infusions are strained and combined. Sugar is added to the mix and heated further until it dissolves. Finally, the liquid is chilled and served with dried persimmon. The persimmon must be soaked in the punch before serving to soften it.

This drink has been adapted for use in extreme environments such as space, desert, or deep sea through gamma irradiation technology. Sujeongwwa keeps for at least 2 weeks, if stored in the refrigerator.

This drink is a dessert punch that is often served after a meal. Here are a few popular recipes:

Ginger and cinnamon are both classified as a spice and natural seasoning by the Food & Drug Administration. They are recognized as safe for their intended use. Additionally, ginger is classified as rarely consumed raw produce. Ginger extract is regulated by the FDA, as well. The FDA defines sugar or sucrose as the product obtained by crystallization from sugar cane or sugar beet juice that has been extracted by pressing or diffusion, then clarified and evaporated.