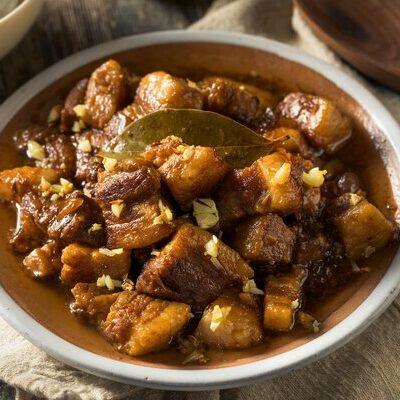 Adobo is a Filipino dish made with a base of meat and simmered in a concoction of vinegar, soy sauce, and a variety of spices and herbs. Chicken is the most frequently used meat in this dish, though pork and beef may also be used. Also, the word is used to describe the cooking method of simmering cooked food in a sauce containing vinegar, herbs, and spices.

The best restaurants serving this dish in the Philippines include:

Filipino cuisine is a blend of local indigenous cuisine, as well as Spanish, Indian, Chinese, and American influences. Adobo is often considered the national dish of the Philippines and has a long history in the islands. Colonial history often cites this dish as being derived from Spanish dishes. However, modern historians have dug deeper and found that the dish was already well-established in the Philippines by the time the Spaniards reached there. They found the cooking process similar to their own and named it adobo. White adobo was even then considered an “indigenous practice”. 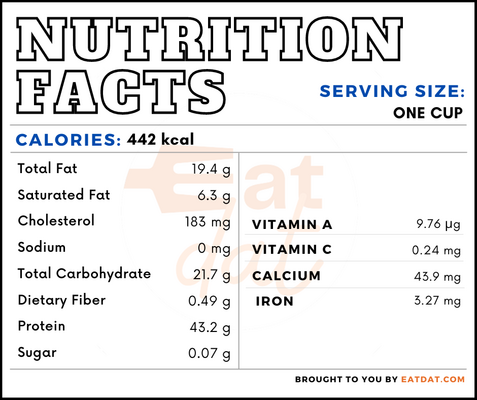 Adobo is a rich source of micronutrients such as iron, calcium, magnesium, phosphorous, potassium, sodium, folate, folic acid, choline, vitamin A, retinol, and essential fatty acids. Additionally, chicken consumption is associated with lower risk of obesity, cardiovascular diseases, type 2 diabetes, and cancer. It is considered a healthful food to eat during pregnancy, breastfeeding, and old age. The FAO (Food and Agricultural Organization) of the United Nations recommends chicken as a nutrient-dense food in developing countries facing food shortages. Also, vinegar is a rich source of polyphenols, which help the body fight oxidative stress and diseases like cancers, diabetes, and hypertension. It even helps fight infections.

As it is prepared with different recipes in different restaurants, this is quite a versatile dish. Each household may have a different recipe for this dish with minor variations. It is a very common dish in the Philippines and can be found in almost every restaurant and is generally consumed with white rice. Due to the presence of vinegar, it can be stored and consumed over a period of a few days.

This recipe may have different variations and the meat may also change. Here are a few recipes:

Chicken falls under the category of poultry, which is defined as any domesticated bird used for food. Vinegar is classified as a generally recognized as safe substance and is considered an acidifying ingredient.

Bettina Makalintal, People All Over the World Love Adobo—But What Is It?, Bon Appétit, https://www.bonappetit.com/story/what-is-adobo