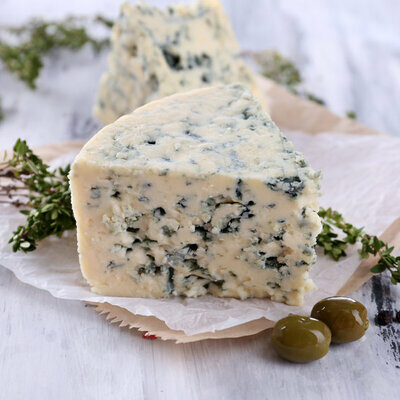 What is an Blue Cheese?

Blue cheese is a type of cheese which is allowed to develop bacterial cultures. This bacteria produces, developing mold throughout the cheese and giving it veins of blue or green color. These cheeses are typically crumbly and have sharp and salty flavor. Also, blue cheese has a strong and pungent odor, which not everyone may appreciate.

Some of the most famous blue cheese varieties include:

The history of this cheese is generally traced back to 7th century France, to a cave outside the village of Roquefort. According to local legend, a shepherd forgot his bread and cheese in the cave, and a few months later, it was found with mold on it. However, modern research has debunked this story and proposed that the Penicillium roqueforti originally infected rye bread, and was then later used in cheese. Nonetheless, today, blue cheese remains one of the top 10 most popular varieties of cheese. 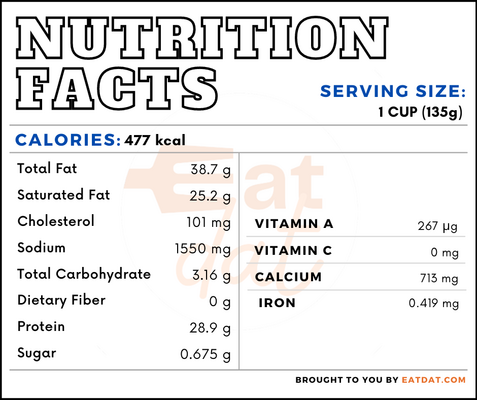 This cheese is rich in calcium, phosphorous, potassium, sodium, vitamin A, and retinol. Also, it contains magnesium, selenium, folate, choline, carotene, vitamin D, and fatty acids in decent quantities. Regular consumption of cheese may help in combating inflammation, preventing osteoporosis and arthritis, decreasing the risk of fractures, and managing obesity. Additionally, people with lactose intolerance may eat cheese without problems. The bacterial mold in blue cheese may help in preventing chlamydia and cardiovascular diseases. In addition, it has anti-inflammation and pro-regenerative properties.

The first step to preparing blue cheese is like that of any other cheese. The milk is processed and the rennin or other enzymes are added to it, allowing it to ferment and curdle. After that, the curds and whey begin separating and the curds are then cut once they form a whole mass. Once cut, the mass is stirred and cooked further until the whey is completely separated, after which it is drained away.

Next, the mold culture, or Penicillium roqueforti, is sprinkled over the cheese along with salt, and left to age. Rods are inserted into the blocks of cheese, allowing oxygen to circulate, encouraging the growth of the mold. Finally, blue cheese must be wrapped properly and stored in the refrigerator, where it can last for up to 4 weeks.

This cheese provides a savory and umami flavor to dishes. It pairs well with fruits and nuts. Plus, it is a great addition to salads, and may also be used to enhance the flavor of soups, pastas, meat dishes, and baked goodies. Here are a few recipes:

The FDA defines blue cheese as cheese characterized by the presence of bluish-green mold, Penicillium roquefortii, throughout the cheese, and containing at least 50 percent milkfat and aged for at least 60 days.