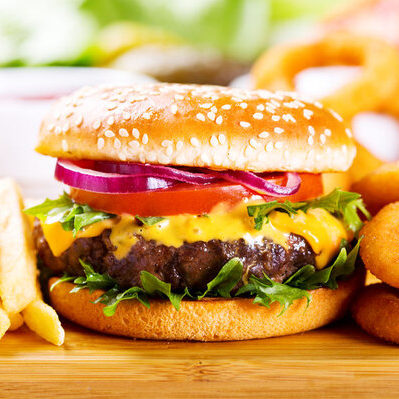 What is a Hamburger?

The hamburger is a quintessential American dish made with ground meat cooked into patties and placed inside of a bun. The patties may be cooked in different ways such as pan-fried, grilled, or smoked. Vegetables such as lettuce, tomatoes, and onions may be added to the hamburger.

The most popular burger chains in the United States are:

Ground meat has been eaten since ancient times. Minced lamb was used by the armies of Genghis Khan while on the move, which eventually developed into tartare steak. Whereas, minced beef was quite popular in Renaissance Europe. Trade between Russia and Germany during this period brought the tartare steak to Hamburg, Germany. In the 18th century, there was brisk trade and immigration happening between Germany and the USA. German immigrants to New York took their foods along with them, including the Hamburg Steak.

However, the hamburger dish is an American invention and there are several stories about its origin. One legend has it that Charlie Nagreen of Seymour invented the hamburger when he realized that eating the meatballs he was serving at the fair was difficult. So, he flattened the meatballs and sandwiched them between two pieces of bread. Another story credits Frank and Charles Menches, who ran out of pork for their hot sausage patty sandwiches and substituted it with beef instead. The first hamburger, in its present form inside of a bun, was served by Oscar Weber Bilby and became popular at the 1904 World’s Fair. 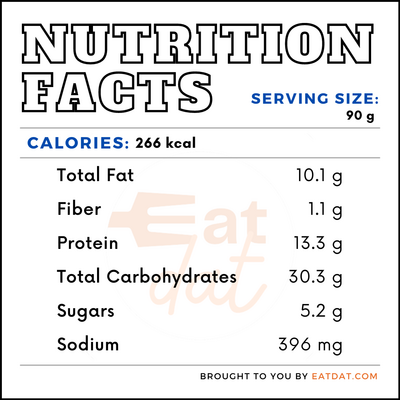 They also contain iron and phosphorus in good quantities.  Although a single hamburger may contain as much as 266 calories, without the addition of cheese and condiments.

Furthermore, hamburgers can contain a high proportion of saturated fat. Additionally, they have an inappropriate composition of fatty acids, which can lead to health problems, if consumed in excess. Research has shown that a higher intake of hamburgers can even lead to diabetes. Higher processed meat consumption may also lead to cardiometabolic diseases.

The commercial production of this dish involves first grinding up beef and shaping it into a patty. Then, the beef is grilled before being placed between two halves of a sesame bun. Lower grades of beef are often used for making burger patties. Condiments, cheese, and salad items are then added. Some restaurants also use pre-made patties instead of making them fresh.

The hamburger may mostly remain the same, but there are now substitutes for the meat, such as plant-based burgers, and some variations on the original. Here are a few recipe ideas:

The USDA recommends that ground meat be cooked at a minimum of 160°F. A maximum of 30% of beef fat may be added to the hamburger. Seasonings may be added but not water, phosphates, extenders, or binders. Burger buns are regulated under the FDA and must follow the same regulations as other types of bread. Buns are defined as food produced by baking mixed yeast-leavened dough prepared from farinaceous ingredients that may contain some additional ingredients. The bun must contain at least 62 percent solids.