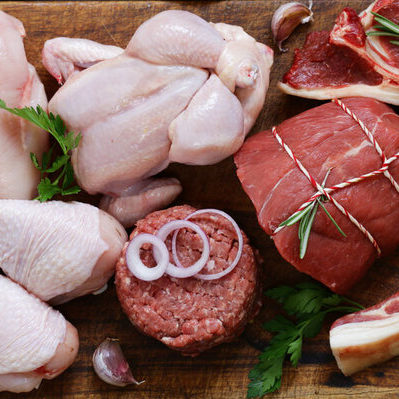 Meat is the flesh and/or muscle of animals that is eaten as food. Some varieties of this food include chicken, beef, turkey, lamb, veal, ham, bacon, pork, and bison. Meat has long been a part of the human diet, as hunting dates back to prehistoric times.

The top 6 most popular types of meat in the US, according to Eat This, are:

Sometime between 2,600,00 and 2,500,000 million years ago, a drastic shift in the Earth’s climate caused our ancestors to shift from being herbivores to carnivores. These pre-humans, referred to as hominins, were not well-skilled hunters and instead scavenged for meat from animals that were already dead. As animals became a more important part of their diet, pre-humans learned to ambush these creatures around 2,000,000 years ago. Eventually, their ability to make tools and weapons improved, and evidence suggest that hafted spear points began to appear 500,000 years ago.

By 8,000 BCE the pig had become a domesticated animal and, soon after, cattle and poultry would follow suit. In 1,700 BCE humans discovered how to preserve this using ice, which would revolutionize the world of hunting and gathering. Much later, in the 15th century, Christopher Columbus brought cattle to the Americas, introducing a vital source to the continent. Today, this food is an important part of the human diet and is consumed in every country around the world, albeit in varying quantities.

This food is an integral ingredient in many dishes and is often regarded as the culinary star of the show. In the kitchen, this food can be cooked with dry heat when roasted, broiled, fried, or grilled. It can also be prepared with moist heat by braising or cooking it in a liquid such as water or a marinade. It can be the main dish, the side, part of a sauce, or simply a topping. There are a plethora of ways to use this versatile ingredient when cooking.

When it comes to nutrition, it is divided into two types: white and red. Although both types have their benefits, red meat is generally considered less healthy, as excess consumption can lead to heart disease, diabetes, and cancer. Nonetheless, it provides vital nutrients to the human diet including protein, vitamin B12, iron, and zinc. This  is also an important source of amino acids, which are essential in the body’s development of muscles. Nutritionists recommend choosing lean or medium-fat meats and consuming them in moderation for a healthy diet. 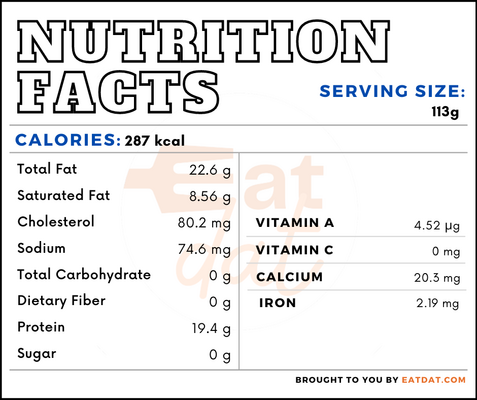 The commercial production of this food begins with breeding and raising the necessary livestock. In the United States, the use of antibiotics is common to ensure a longer life for the animals. Some animals are also given growth promotants, which help them grow larger and provide more meat. When the animals reach the right age, they are taken to the slaughterhouse and killed. It is then cleaned, separated, and cut, packaged, and stored until ready to be shipped off to stores.

Due to the rise of the ethical treatment of animals, many Americans are switching to natural and organic meats. This increase in demand has led to commercial producers creating smaller and more specialized operations to compete in this segment of the market. In 2015, 5% of all food sold in the US was organic.

Adding this food to your diet is a great way to get essential vitamins and nutrients. However, it’s important to store it properly to avoid foodborne illnesses. Generally speaking, this food should always be kept cool and refrigerated at or below a temperature of 40°F. Refrigeration times vary according to the type, for example, ground beef can last 1-2 days, while a whole, fully cooked ham can be kept for 7 days. For best results, follow the “best by” date printed on the packaging.

This can add flavor and texture to a variety of dishes. Here are some popular recipes:

The Food & Drug Administration (alongside the USDA) regulates production and cooking in the United States. The FDA’s food safety guidelines address the best practices for cooking meat and poultry to avoid foodborne illnesses. Meats such as beef, pork, veal, lamb should be cooked at a temperature of 145° F (63° C) and allowed to rest for 3 minutes. Ground meat, however, must be cooked at 160° F while all poultry requires 165° F (74° C). Federally inspected establishments that serve this are also held to these same standards.

“A History of Meat Eating.” Bistro-Invito, Bistro in Vitro, bistro-invitro.com/en/a-history-of-meat-eating/.